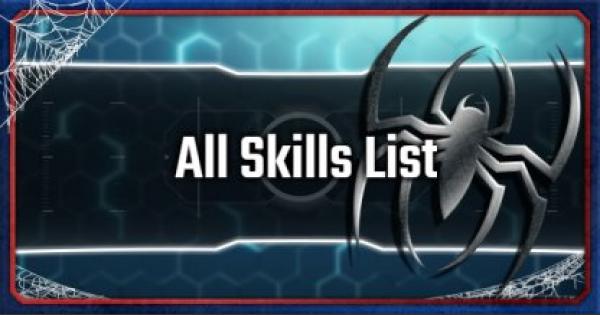 Find all unlockable skills available in the Spider-Man in this comprehensive list! All skills from Innovator, Defender, and Webslinger skill trees and their effects can be found here.

Skills to Get Early in the Game

Here is a sample Skill build guide you can follow to get a well-balanced performance for your character as soon as possible. This build's focus is on improving your survivability and lethality in combat with the use of Focus and mobility.

Be able to use web enemies to your advantage by throwing them to their friends. Throw will also let you chuck enemies off buildings to take them out quick.

Payback enemies who try to attack you with the perfect dodge. Enemies hit with this will be immobilized for a few second, giving you enough an opening to take them out or time to deal with other enemies.

Armed enemies can be a pest during battle, especially when you're in the midst of a melee fight. Payback will allow you to instantly takedown armed enemies once you perform a perfect dodge!

Take out two enemies at once and look cool while doing it with Chain Finisher! It will only consume 1 focus bar, saving you focus for healing, and give you breathing space.

Save yourself from a fatal blow with the Last Stand. This skill will allow you to dodge a fatal hit and give yourself a chance to recover!

In Spider-Man, air battle is both offensive and defensive as it keeps Spider-Man away from most ground based enemies. Use Swing Kick to prolong your air time while still dishing out damage.

Skills unlock new combat and movement actions for Spider-Man making him more agile and deadly in and out of combat!

How to Unlock Skills

Skill points are needed to unlock skills. Certain skills take more skill points to unlock and some have require previous skills before they can accessed.

Skill Points are Gained by Leveling Up

Every time Spider-Man levels up, he gets a skill point that he can use or save up to get skills!

It is Possible to Unlock All Skills