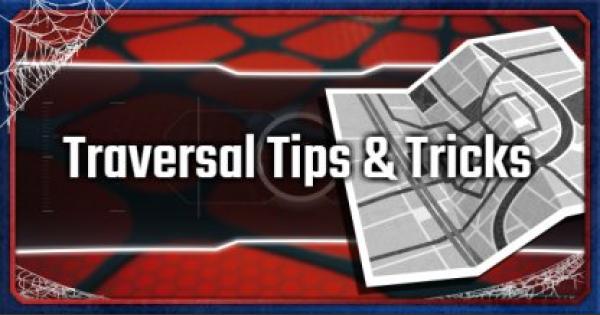 Learn how to do attack combos, perfect dodges, and swing attacks in this combat guide for Spider-Man! Also included are the moves list & tips to improve your combat!

Swing Across the Streets of New York

Spider-Man's swing lets him move across the streets of New York way up in the air. Pressing down on the R2 will have Spider-Man continuously shooting webs and swinging.

Dive and Swing Before Hitting the Ground

Dive as close as you can to the pavement before hitting the Swing button. There will be greater momentum, swinging you faster & farther to your destination.

Press the Jump button when you've reached the highest point of your swing arc! The jump will speed your movement up & give you a height boost.

Web Zip to Pull Yourself Across Points

Use Web Zip to Maintain Altitude

Web zipping from point to point in between the streets can help maintain your speed and altitude especially around low-rise buildings.

Spider-Man can still move quickly even on foot. Holding down on R2 will make him run across building surfaces and will also let him do parkour to avoid obstacles.

If you're running across the side of buildings, press the ◯ button to swing to the other side of the building. This is best used during car chases when enemies try to lose you by turning in corners.

Use Web Zips in the Middle of Swings

Move faster by using Web Zips right in the middle of the arc of your Swing before swinging again. You'll cover a bit more ground with this.

Dive Down to Increase Velocity

Increase your velocity by diving down by pressing L3 then swinging! The action will catapult Spidey forward for quite a distance.

Players can unlock skills that will help Spider-Man move faster! These skills can be unlocked any time in the game and is great to have when chasing down bad guys.

Check Out All Unlockable Skills

Quick Zip allows you to do 2 Web Zip in quick succession - allowing for faster travel between low-rise buildings without losing your current altitude.