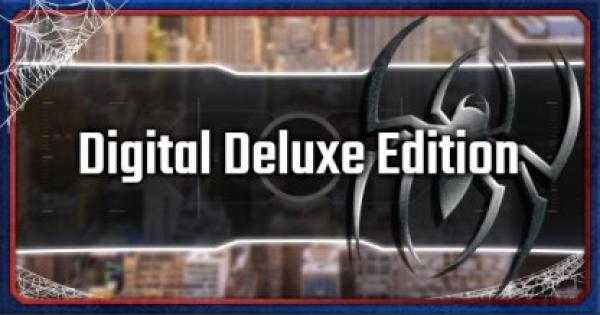 Spider-Man PS4
Should You Buy the Digital Deluxe Edition?

What's the Difference in the Digital Deluxe Edition?

The Spider-Man Digital Deluxe Edition includes the base game and access to the 3 upcoming downloadable content upon their release.

What Do You Get in Spider-Man Digital Deluxe Edition?

Players who buy the Digital Deluxe Edition will get all 3 chapters in "The City that Never Sleeps" DLC series slated to be released within the rest of the year.

New DLC for the Next 3 Months

The DLC will be released monthly with the first one in October and the last one in November. Each DLC chapter will include new characters, story chapters, and exclusive suits for Spider-Man.

Check Out What to Do After Beating the Game

If you want to get the base game first, don't worry because the DLCs are not limited to the Digital Deluxe Edition. The City that Never Sleeps can be purchased separately.