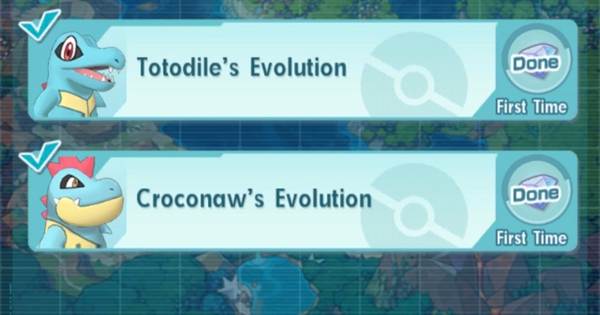 In Pokemon Masters, players can evolve their Pokemon to make them stronger in battle. But with limited resources, which Pokemon should you prioritize and why? Know with this guide!

Why Evolve Your Pokemon?

Evolving your Sync Pairs (Pokemon) rewards you with increased stats. This in turn allows you to deal more damage and withstand far greater than damage than you would with a Basic Stage Pokemon. This effect can be seen in all roles, regardless of the Sync Pair being a Strike or Support.

Sync Moves also get boosted whenever a Sync Pair transcends to a higher stage. As both Attack and Sp. Atk are raised, damage also gets raised. Take advantage of this by evolving strong Strike Role Sync Pairs and use them to smash your enemies!

To evolve your Sync Pairs, you need to have "Evolution Shards" for Stage 1 and "Evolution Crystals" for Stage 2. Both are limited and require a very large amount of coins to buy after the initial purchase. With this restriction, it would be best to consider to prioritize the Pokemon in which you can get the most out of.

Click Here To Know How To Get Evolution Shards & Crystals

How To Evolve Your Pokemon

Evolution of your pokemon requires several steps such as reaching certain level and consuming limited items.

Learn How To Evolve Your Pokemon Step By Step From Here!

Kris and Totodile are among the strongest Physical Strike Sync Pairs in the game. Not only does its stats grow whenever it evolves to Croconaw and Feraligatr, its Sync Move also gets powered up. As a Strike and primary damager, evolving Totodile is high in the priority list.

It is no secret that the free Sync Pair, Rosa and Snivy, are among the best Supports in Pokemon Masters. The Move Set that these guys carry can be used in a lot of situations and having them survive through the increase in stats granted by evolving is a no-brainer. But if offensive capabilities are put into consideration, this Sync Pair gets an A.

Store Your Crystals Instead

As of the game's current state, only three Sync Pairs can evolve to Stage 2 and this is very likely to change in the future. With a lot of Pokemon lined-up, it is best to store them for now and use them on more viable candidates instead.

Barry and Piplup specialize in dealing water-type damage to all opponents. But with stronger water-type Strikers such as Totodile and more efficient ones like Hau's Raichu, Barry and Piplup's place in the priority list is not that high. Evolve only if you must.

Viola and Surksit's passive skill nets them a higher place in the rankings. With "Terrify 1", whenever this Sync Pair enters the battlefield, all opposing Pokemon's Attack gets lowered by 1. In multiplayer, if used in tandem with Drake and Salamence, players can loop the two, greatly reducing enemy offensive power.

A free Sync Pair, Pryce and Seel's specialty is dealing ice damage to all enemies. In most cases, Hau and Raichu's offensive capabilities outshines this duo. Nevertheless, they are immensely useful when fighting against opponents weak to ice. Best have this Sync Pair ready and evolved.

Though not as heavily limited like Evolution Crystals, Evolution Shards are still subjected to a 1-month limit. If you find yourself having extras of these items, store them instead and opt to wait for better Sync Pairs in future updates.

How To Get Evolution Shards & Crystals

Only 3 Evolution Crystals In 1 Month

Only 15 Crystal Shards Per Month

Click Here To Know How To Get Evolution Shards & Crystals

A lot of Sync Pairs in the game can evolve according to the world of Pokemon but the game's current state restricts them to their Basic Stage. The Pokemon in the chart below might get the evolution upgrade in future updates.

Possible Sync Pairs With Evolutions In The Future