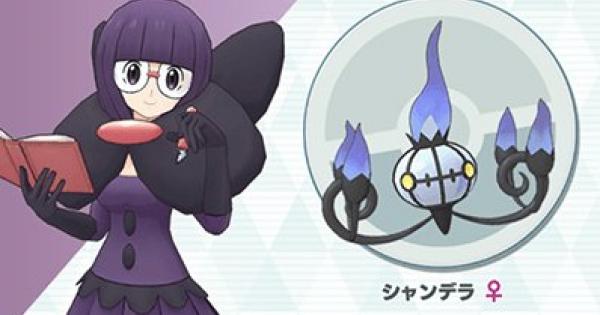 In Pokemon Masters, Supercourses are time-limited battles with great rewards. Know how to quickly and easily beat Shauntal's Very Hard Supercourse with this guide!

Click Here For The Best Ways To Farm Upgrade Materials!

*This procedure is the one used by our guide team. (Team Composition: Raichu Lv79, Snivy Lv77, Cheryl Lv 76)

This lineup allows you to raise Sp. Atk greatly with moves to maximize Discharge damage. Remember to pop them before blasting away.

Getting Move Sync In Before Shauntal Is Key

You will need to use your Sync Move twice to bring down Shauntal, so its a race to get your Sync Move gauge to fill up before her. Conserving 1 use of Snivy's Time to Energize for later half of battle will make it easier.

Use Snivy's Time to Energize Wisely

You can wait a bit for Discharge to fill if you have 1.5 move gauge or more instead of popping Snivy's Time to Energize. Saving 1 use of Time to Energize for later half of battle will make your life easier since you've ran out of Trainer moves.

Heal With Cheryl's All Out of Patience! If Hp Is Low

Cheryl's All Out of Patience! not only heals, but provide decent defense buffs as well. Using it at before Shauntal's Sync Move will increase their chance of survival, providing a meat shield for your Striker.

Shauntal's Mobs can be eliminated with Discharge simultaneously provided that you have decent Sp. Atk. Eliminating them forces Shauntal to target only one Pokemon.

Get The First Sync Move In!

Getting the first Sync Move in battle allows your characters to withstand the first enemy Sync Move. Mix Trainer Moves and attacks to be the first to strike!

Shauntal Needs Only 6 Actions To Use Sync Move

While the player needs 9 moves to use Sync move, Shauntal can just do 6 moves to do a Sync Move. Us the Farming & Grinding Procedure move list accordingly and you should be fine.

Shauntal's A Tale of Triumph! will leave her burned. Without her mobs, she has no way to remove it and will reduce her damage for the time being. Her lessen skill will greatly reduce its damage and durations however.

i cleared very hard Shauntal before his Sync Move with Meditite Lv1, Tyranitar maxed and Dusclop maxed. i have video of this but i dont know how send it 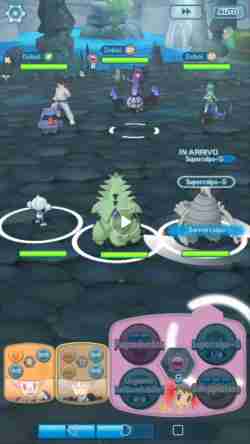