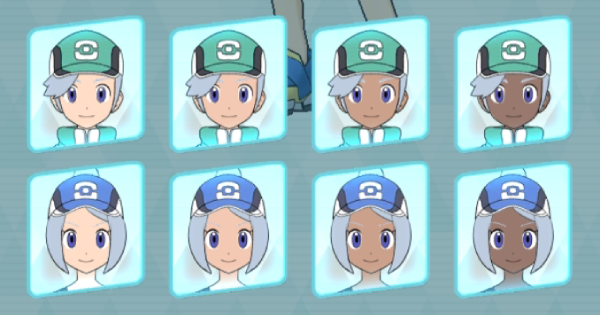 Find out how you can change your character appearance in Pokemon Masters. This includes how to change you nickname, character gender, and more!

How to Edit Character Appearance & Gender

Open your Poryphone Menu by tapping it on the right side of your screen in the lobby. On the Character Card at the very top, tap the + button.

There will be a Select Edit Look at the bottom of your Character Profile. Tap it to open the Character Customization Menu.

There you can change your Character Appearance. Once you're done, keep pressing next until you're prompted to save your changes. Select Yes to keep the look.

Can Change Even Gender

On the Character Customization Screen, you're free to edit everything about your Character, even its gender. Doing so won't change anything about the story.

Can Be Done Multiple Times

You're free to change the appearance of your Character however many times you'd like. Just redo the steps above to change it again.

How to Change Character Name

Similar to how you change your appearance, you'll need to access the Poryphone Menu first. From there, select the Gear Icon to open Settings.

Tap the Second Tab at the Bottom

Open the Second Tab to open the System Settings, here you'll find the option to change your Nickname. Tap it and type in the new name you'd like and you're done!

Cannot Change for Another 30 Days

Make sure to get your Nickname right because after changing it, you won't be able to do so for the next 30 days. You'll only get to change it again after the 30th day.