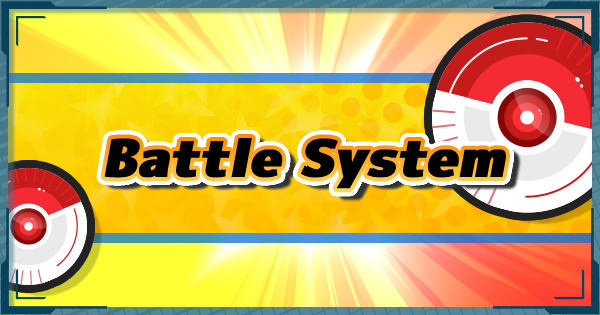 Know more about Pokemon Masters' battle system by reading this guide! What are weaknesses? What are Trainer Moves? Know the basics & some advanced techniques to win your battles!

In Pokemon Masters, battles are done in 3 versus 3. Each team has three pairs of trainers and Pokemon working together. Consider the elemental weaknesses & strengths, Trainer Moves, and Unity Attacks of your team to effectively perform in every battle!

Battles in Pokemon Masters are not turn-based and are done in real-time. As time passes, a gauge fills up which then be drained and used to perform attacks. The first one to defeat the enemy team wins. It is recommended to properly time the use of your gauge consumptions during each fight.

Fill The Move Gauge To Attack

. The Move Gauge is refilled as time passes. The move gauge consumption varies depending on the selected move.

The Move Gauge is shared by the whole team and is not a resource owned by a single pair. Be mindful of this especially during co-op as other players might not be able to move with an exhausted gauge.

Attackers excel in dealing damage to your enemies. They have high Atk and Sp. Atk, and are capable of use high-powered moves. However, they are very vulnerable as their Defense and Sp. Def stats are weak. Use supports to compensate for this weakness.

Techsexcel in inflicting status ailments and lowering the enemy team's stats. Alternate dealing damage and disrupting the enemy's strategy with this role.

Use Support To Boost Your Team

Supports can use moves that granbt additional stats and healing. Sync Pairs of the support role mostly have high HP and high Defenese stats. As they are have weak offensive stats, it is recommended to have them propping up and supporting the attackers of the team instead.

Each Pokemon can use a variety of attacks and depending on the attack, a certain amount of the Move Gauge is consumed. Attacks that hit multiple enemies or inflict tremendous amount of damage consume more of the Move Gauge. Consider the enemy's HP and numbers before using an attack.

Sync Pairs have types and each type has its own weakness. Using an attack type the enemy is weak against deals more damage. Use types that work well against your opponents.

Sync Pairs can also make use of Trainer Moves. These moves differ for every sync pair and includes effects such as recovering HP and boosting stats.

Trainer Moves Do Not Use The Move Gauge

Trainer Moves do not consume Move Gauge segments. Use them while waiting for the Move Gauge to fill up.

Instead of consuming Move Gauge, Trainer Moves rely on charges instead. Powerful Trainer Moves have very limited charges. Use them at the right time to maximize their effects!

Sync Moves are powerful attacks from both the trainer and the Pokemon. The player can make use of these moves once a certain number of move are executed. Compared to normal attacks, they tend to be stronger and more effective.

Unity attacks are powerful moves done by the whole team and is limited only to multiplayer. Their condition is that they require all three members of the team to continuously execute moves, requiring a hefty amount of Move Gauge. Fill your gauge and cooperate with your team to unleash this ultimate attack!

B1gm0n3,
No, Unless you happen to charge unity attack on a coop battle but its really unpractical.

Hi Masters !! I wander,,
Is there a way to cancel an attack after choosing it ?