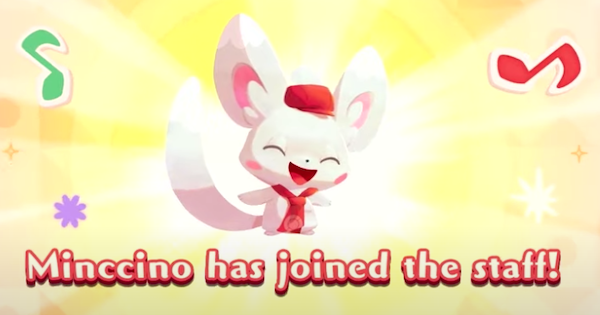 Check out this guide on Gacha (Lootbox) & reroll in Pokemon Cafe Mix. Learn if there is gacha & reroll, list of in-app purchase items (Golden Acorns), how to reroll, and more!

Check Out The Beginner's Guides Here

Is There Gacha In Pokemon Cafe Mix

From what we've seen from the official announcement, it seems that there won't be any gacha to get new Pokemon. It's likely that you get new Pokemon as you solve the puzzles and proceed the story.

3 Reasons Why There Won't Be Gacha

Paid Item Is Not For Gacha

Although it's officially announced that there will be in-app purchase, the paid item called Golden Acorns can only be used to regain hearts, continue puzzles and get helpful item. It's unlikely to have loot box (gacha) in this game.

You get new Pokemon by becoming friend

You should also note that you can get new Pokemon by solving puzzle and becoming friend with them. Since you can get Pokemon as you progress the story, there is high possibility that there won't be Gacha.

Although Pokemon Quest has totally different game system, we should take in concern that Pokemon Quest didn't have gacha and it could be similar case for Pokemon Cafe Mix as well.

Can You Reroll In Pokemon Cafe Mix

Since the chance of having gacha is quite low, we expect that there won't be a chance to do reroll at the beginning of this game. You will be able to get new Pokemon as story progresses.

You Can Purchase Consumable Items

You can purchase Golden Acorns and helpful items. According to the official site, you can also get them for free in the game.

How To Beat Pokemon Cafe Mix