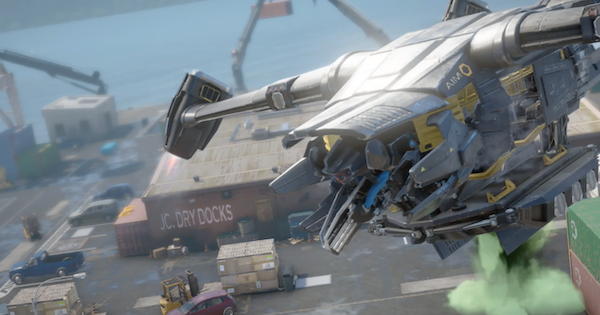 Boss In Mayhem Over Manhattan

The Warship is an enormous drone made and designed to combat superhumans. Armed with multiple weapons and shield, this war plane can wreck havoc and outlast even the hardiest of foes.

Check Out Mayhem Over Manhattan Here

Fight With Other Heroes

In this boss fight, you will be assisted by up to 3 other superheroes. Cooperate and plan your strategy when taking down Warship as it can fire at different targets at the same time.

Warship - How To Beat

The Warship has several parts that you need to destroy. The Warship's overall HP drops after destroying a number of them. Work with your team and try to destroy as many weapons and parts as you can.

Target Weapons To Weaken It Further

Aside from the HP reduction, destroying the Warship's weapons also helps in whittling down its offensive capabilities.

Use The Purple Circles To Jump Onto The Warship

Purple Circles located at the ground level of this boss fight. They can be used to propel yourself upwards and onto the Warship. To use them, simply dash while inside and navigate to land on the boss.

Easier With Iron Man Or Thor

As both Iron Man and Thor can hover, it will be easier to destroy the parts of the Warship. Use both of these heroes if you can so you can easily pinpoint and attack the weapons and shields.

From time to time, the Warship will open its "head" to fire a damaging laser that follows and targets those in front of it. Go under it or dash away to evade.

Aside from the Warship itself, enemy troops will fly it to join the carnage. Have some members of your team to deal with them as they can be quite annoying if left alone.