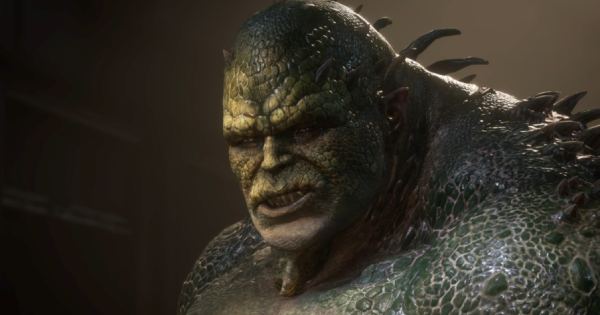 Second Boss In The Game

Abomination acts as the second boss in the game and the player assumes control of Hulk during the battle. This boss was also available during the Beta version of Marvel's Avengers.

Check Out The To Find Olympia Guide Here

Abomination - How To Beat

Abomination will have a red symbol above him when he does his overhead slam. Dodge when these show up to avoid the attack.

Explode Device To Damage The Boss

Electrified devices on this stage can be used as explosive. Use ranged attack to detonate the device when Abomination is nearby. When the device is about to explode, don't get near by it or you will get damaged too!

Do Takedown Prompt When It Shows Up

To move to the next phase of the fight, a takedown prompt will show up. Press the prompt to start the cutscene!

The Abomination surrounds itself with green poisonous gas on the 2nd phase of the battle. Don't stay near the gas for prolonged times as it damages over time.

Stay Out Of Jump Attack Range

When Abomination leaps into the air, a red circle will form where he will land. Stay clear of it or you will get damaged by the attack and the gamma cloud.