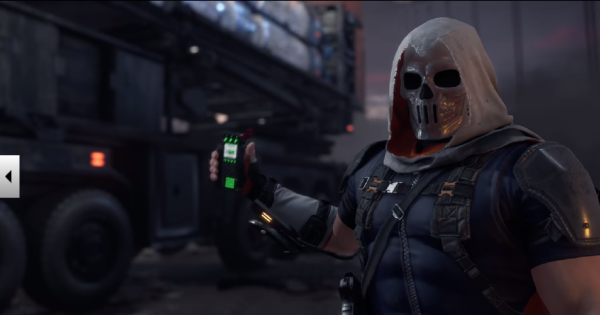 First Boss In The Game

Taskmaster is the first story boss to appear in Marvel's Avengers. He also made his appearance in the game's Beta version.

Check Out The Light That Failed Walkthrough Here

Taskmaster - How To Beat

During this phase, you'll need to chase after Taskmaster in the first phase of the fight. You'll know you're in the right path if there are red platforms to jump from.

Once you've gotten hold of Taskmaster, you'll need to do a series of QTEs in order to get to the next phase. Watch out for the prompts that will show up on the screen.

Shoot When His Back Is Turned

During this part of the fight, you won't be able to deal damage against Taskmaster with his shield out. The trick here is to shoot him when his back is turned towards you.

Taskmaster Adapts To Your Attacks

Mix between different attacks against Taskmaster. True to his lore, he will adapt to your fighting style especially when you use too much of a single move.

When the Taskmaster is surrounded by a red and blue aura, it's an indication that you can use a Grappling Hook counter on him. Watch out for this prompt when fighting it.

Deal Tons Of Damage By Throwing Task Master At Bombs

Using your grappling hook counter, you will flip Taskmaster on his back. Time this when he's near the bombs on the floor so he would land there and get tons of damage.