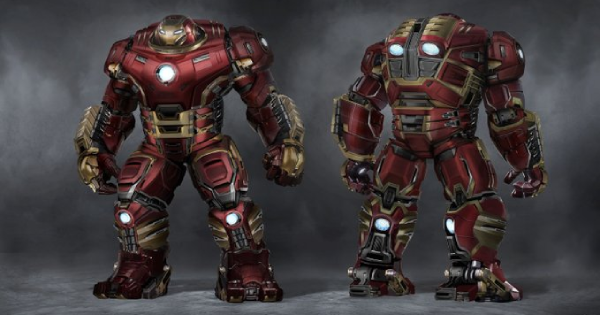 Find out the Hero Abilities for all characters in Marvel's Avengers Game 2020. This guide includes Support Heroic, Assault Heroic, Ultimate Heroic ability for all heroes and more.

This section will be updated as soon as more information is confirmed!

Captain America's Support Heroic will allow him to mark the target he attacks, which allows the enemies to take more damage from other characters, while providing health regen.

Upon using the Assault Heroic, Captain America will throws his shield at an enemy, which then automatically seeks & ricochets up to 5 targets to deal damage and stun them briefly.

Upon activation will slam his shield into the ground causing a massive shockwave, sending most enemies flying. For a short duration after activation, Captain America’s attack damage, impact, & defense will be greatly increased.

Iron Man's Support Heroic still have yet to be announced. Come back later for updates!

Iron Man charges up his Arc Reactor to unleash an Unibeam from his chest, firing a continuous stream of particle energy to where you aim.

Iron Man calls down his Hulkbuster Suit for a limited amount of time, greatly amping his melee and ranged damage and damage resistance to par that of the incredible Hulk.

Thor's Support Heroic still have yet to be announced. Come back later for updates!

Thor's Assault Heroic, the Warrior's Fury, imbues him with the Asgardian lightning. The lightning will arc towards nearby enemies, and will imbue his Mjolnir hammer with extra lightning damage.

Thor calls upon the Gatekeeper of Asgard and opens a gate to another realm, and then unleashes torrent of cosmic energy strikes upon his return. Upon use, Thor can manually choose which of the realm he wishes to have different effect.

Hulk's Support Heroic, the Boneshaker will have the Hulk taunt the nearby enemies and attract them towards you.

Hulk's Assault Heroic, the Gamma Rush has him charge forward and grapple the first enemy he comes into contact, then plow through the rest. Upon the end of the charge, the unfortunate enemy will be slammed to the ground, causing massive damage to it and stuns nearby enemies.

The Hulk smashes his hands together with tremendous might, causing a shockwave to blast away all enemies in his vicinity.

Upon activation, Black Widow creates a stealth field around her vicinity, cloaking herself and all nearby team members.

Black Widow's Assault Heroic has her using her Widow's Bite gauntlet, launching a sphere of electricity at the target. Upon eruption, the electricity lingers and damages enemies on the area of effect. This Assault Heroic also has a short cooldown, and can store up to 3 charges.

Black Widow's Ultimate Heroic still have yet to be announced. Come back later for updates!

Kamala Khan's Support Heroic still have yet to be announced. Come back later for updates!

Kamala Khan's Assault Heroic still have yet to be announced. Come back later for updates!

Kamala Khan's Ultimate Heroic still have yet to be announced. Come back later for updates!

What Are Hero Abilities?

Unique Super Moves For Each Character

Hero Abilities are super moves unique to each heroes, which can be used in combat to change the tide of battle. The effect and features of each Hero Abilities reflects the nature of each Heroes, but are all equally powerful.

Each heroes have 3 types of abilities; Support Heroics, Assault Heroics, and Ultimate Heroics. Each of these Hero Abilities can be augmented with the use of Skills to further amp their effectiveness and change how they perform.