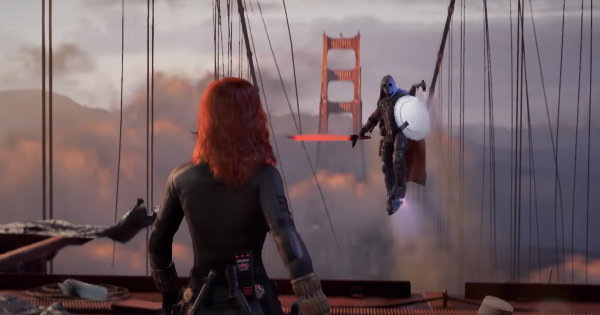 Check this all boss / villains list and guides for Marvel's Avengers Game 2020. This includes all boss and villains, how to beat guides, backgrounds, and more!

The Taskmaster is a mercenary that trains budding supervillains. His power lies in being able to replicate any physical movements from a person he sees. Meaning, he can copy Hawkeye's prowess with the bow or Captain America's fighting style.

Check Out The Taskmaster Boss Guide

Check Out The Abomination Boss Guide

This modified Monotronic Exo suit was designed specifically for close combot with super-powered opponents, such as rogue inhumans. Dr. Rappaccini has personally tested the suit herself and has made additional modifications to increase its combat effectiveness.

Check Out The Monica Boss Guide

A building-sized war machine, the Warbot is equipped with different weapons and defensive armor to deal with superhuman. It's the final boss of the To Tame A Titan war zone mission.

Check Out The Warbot Boss Guide

An autonomous AIM drone made to destroy superheroes. The Warship is armed to the teeth and is shielded from enemy attacks, making it the perfect weapon to counter superheroes.

Check Out The Warship Boss Guide

Mental Organism Designed Only for Killing or MODOK leads the AIM as its leader and poses as the main villain against the Avengers. With his genius, MODOK aims to control the world by getting rid of all superpowers.

Check Out The MODOK Boss Guide

Along with the bosses mentioned above, there are variety of enemies trying to stop you. Read the guide below on enemies' list to learn more!

AIM Poses A Threat To The World

AIM or Advance Idea Mechanics is an organization led by MODOK. They've been one of the Avenger's main enemies and this time, they plan to use the Inhumans to rid the world of superheroes.

Avengers Need To Band Together To Stop Them

Broken, but not defeated, the Avengers must band together once again to save the world from AIM's evil plans. Kamila Khan or Ms. Marvel sets off to bring the team back together to stop MODOK and AIM.