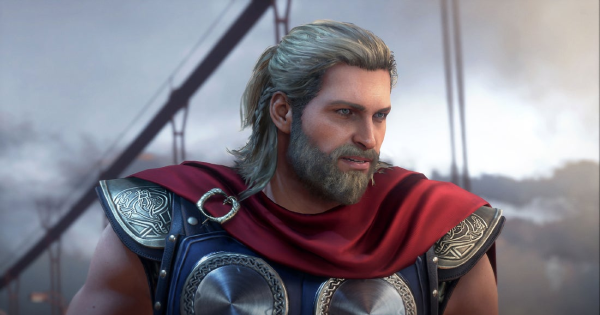 Find out everything to know about Thor in Marvel's Avengers Game 2020. This includes skills, special heroics, abilities, voice actor (cast) and more!

Thor combines physical strength with his lightning powers. He uses the legendary hammer, Mjolnir as a channel for his powers. He can easily take on multiple enemies with slams powered with electricity. He can throw his mighty hammer, and recall it whenever he chooses for an hard hitting ranged attack. He's also capable of flight through Mjolnir.

Thor's Support Heroic has not been revealed yet. Check back later for updates!

Thor's imbues himself with the Asgardian lightning. The lightning will arc towards nearby enemies, and will grant his Mjolnir hammer with extra lightning damage.

Thor calls upon the Gatekeeper of Asgard and opens a gate to another realm. He then unleashes a torrent of cosmic energy strikes upon his return. Thor can manually choose which of the realm he wishes to use for different effects.

Thor Is Played By Travis Whillingham

The voice actor of Thor is played by Travis Whillingham. He was also playing Thor's role in Marvel Dimension of Heroes (AR game) and Guardians of the Galaxy (TV) as well.

We'll update this section once new information has been released on skills. Check back for updates!

Legend tells of the son of Odin, heir to the otherworldly throne of Asgard – he is the mighty Thor, the God of Thunder! He found a second home on earth among the Avengers and devoted himself to protecting his adopted home from evil. With his enchanted hammer Mjolnir, Thor vanquishes any foes who may threaten his allies. After the events of A-Day, he no longer feels worthy of Mjolnir and leaves it behind for a humble life serving the people of Earth.