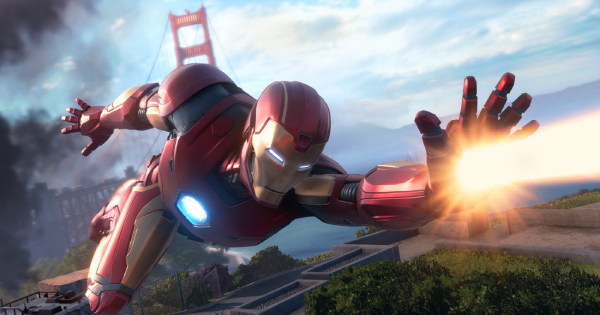 Find out everything to know about Iron Man in Marvel's Avengers Game 2020. This includes skills, special heroics, abilities, voice actors (cast), and more!

The legendary Tony Stark can use his Iron Man Suit to freely traverse the battlefield. It also gives him control over multiple high-tech weapons, including Repulsor rays, missiles, and lasers. His battle style is one that combines melee and ranged abilities, with the ability to toggle between several different weapon accessories for his Triangle attack.

An energy burst that stuns nearby enemies. Teammates caught in the blast are Armored.

Iron Man charges up his Arc Reactor to unleash a Unibeam from his chest, firing a continuous stream of particle energy in a single direction.

Iron Man calls down his Hulkbuster Suit for a limited amount of time, greatly amping his melee and ranged damage and damage resistance.

The voice actor of Tony Stark (Iron Man) is Nolan North. His other famous works include his role as Nathan Drake in the Uncharted series.

Tony Stark: billionaire, genius, inventor, philanthropist. Once the world's leading weapons manufacturer, a brush with death forced Stark to rethink his values and realize he could put his prodigious talents to better use. As a result, he developed his cutting edge Iron Man armor and helped found the Avengers – Earth’s Mightiest Heroes united to protect the world against catastrophic threats. After the terrible events of A-Day and the Avengers' disbandment, a bitter Stark longs to blast back into action – and for redemption.