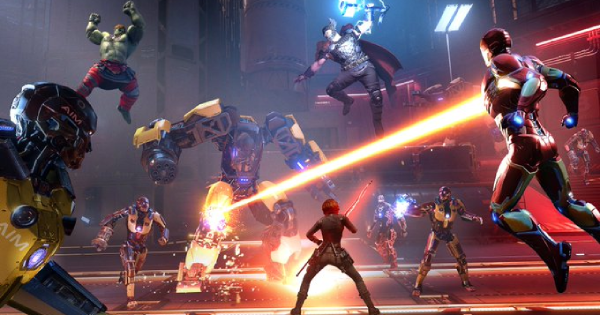 Hero Mission - I Want To Be An Avenger!

Guide Kamala Khan as she ventures and joins the festivities during Avengers day. Get to know more about the game's world and settings with this easy to follow tutorial mission.

Read I Want To Be An Avenger Here!

Hero Mission - The Light That Failed

Read The Light That Failed Here!

Help Kamala Khan escape her pursuers as she traverses the rooftops. This mission has a stealth segment requiring patience and timing.

Hero Mission - The Road Back

Kamala tries to find the derelict Helicarrier with hopes to find the Avengers. In turn, she discovers more about her powers and finds herself in front of an Avenger.

Read The Road Back Here!

In this Hero Mission, you'll get to control young Kamala Khan and Hulk to start their adventure to reassemble the Avengers. From this mission, you'll be able to collect items such as gear and resources to create your own build and enjoy the progression.

Control Kamala and Hulk again and explore the AIM facilities. In this mission, you'll find some new ways to get items such as Bounty system, a chest in the Stockpile, and Strong Box. Learn about all method of getting items by playing this mission.

Bruce and Kamala Khan go out to search for Tony Stark's whereabouts. Unbeknownst to the three, a concentrated AIM attack targeting all of them is imminent.

Tony goes out alone seeking to find an AIM Dropship. The level is mostly about maneuvering and using Iron Man's flight capabilities.

Players assume control of Iron Man in this story mission as he goes in alone to find an AIM facility. This mission is notable as the Hulkbuster appears here.

Hero Mission - The Dogs Of War

Read The Dogs Of War Here!

Kamala Khan, the Hulk, and Iron Man attack an AIM facility by destroying its power sources. The 3 manage to get in amidst very heavy resistance from AIM forces.

Black Widow appears during this mission to escape a secret AIM base. The mission culminates with Black Widow battling an EXO suit-equipped Monica Rappaccini.

Hero Mission - Once An Avenger...

The Helicarrier is again besieged by AIM units. Thor makes his appearance in this story mission.

Read Once An Avenger Here!

Hero Mission - Agony And The Anthill

Dr. Pym's Ant Hill is on the verge of being discovered by AIM. With a new secret weapon almost ready, the Avengers scramble to defend the base against the attackers.

Read Agony And The Anthill Here!

Take control of Iron Man as he dons on the Starboost suit to flight out into an orbital AIM space station. Captain America makes his appearance here.

Tony Stark requires resources to help the Avengers win the upcoming battle against AIM. The player can choose which place to gather the resources needed.

With everything prepared, Captain America must talk to Natasha about the next mission. Players may find themselves lost in the vast Helicarrier here.

The Avengers move in to counter AIM's assault on the inhumans of New York. AIM brings their Warship, a drone capable of taking down superhumans, into the fray.

Hero Mission - By Force Of Mind

The Avengers return to San Francisco to track down the source of the warship's signals. This story mission climaxes in an epic battle between the Avengers and MODOK.

Read By Force Of Mind Here!

Full Story Playthrough Is Up To 12 Hours

In an interview with comicbook.com, Crystal Dynamics Senior Brand Director Rich Briggs revealed the game will be around 10 to 12 hours long just for the core story, and will take up to 30+ hours of gameplay to experience everything there is, while comparing the details with their iconic Tomb Raider titles.

The main story campaign of the Marvel's Avengers will be categorized as a Hero Mission. Look for mission with an Avengers insignia to proceed the story!

In this epic new story, you will take control of one of Earth's mightiest, member of Avengers. These super heroes include, Captain America, Iron Man, The Hulk, Thor, Blackwidow, Kamala Khan and many more of your favorite Marvel heroes.

Rebuild The Avengers The Save The World

After an incident that crippled the very foundation of the Avengers, young Kamala Khan (soon to be Ms. Marvel) takes on her quest to find and restore the fallen Avengers and save the world once again from a certain doom.

Much appreciated. Also it would be SUPER helpful to note whether or not a particular mission allows multiplayer.