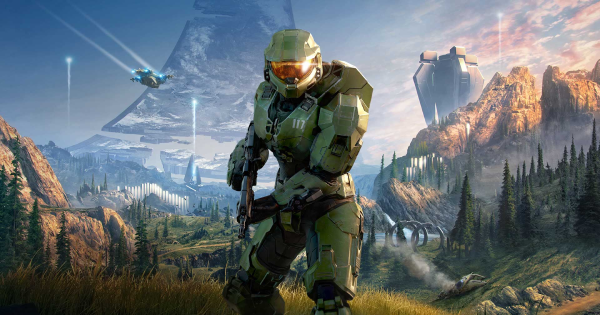 With 22 weapons to pick from in Halo Infinite, not all of them can be great to use.

Some are better than others so we have made a weapon tier list to help you out.

Ease of Use & Overall Versatility

This weapon ranking takes into account every weapon's overall versatility and ease of use.

Ranking Based on Ranked/Multiplayer Matches

This ranking is purely based on how well a weapon does in Ranked/Multiplayer matches.

This is due to campaign mode having different variables.

The go-to weapon in Ranked, this weapon is extremely reliable and highly devastating.

The classic sniper rifle in Halo. Remained unchanged over the years.

It’s a melee weapon that greatly extends your lunge distance while killing instantly any enemy you hit with it.

The M41 Spnkr, or the Rocket Launcher has dual rocket tubes loaded with some highly explosive missiles.

The Shock Rifle is a much lighter long-range power weapon.

An alternative to the Sniper Rifle.

A revolver/hand cannon that is more of a slug-shooter, firing large, high-power rounds instead of a pellet spread.

This weapon serves as the default kinetic shotgun in Halo Infinite.

Its area-of-effect blast is now much bigger but also feels very focused directly in front of you.

A versatile weapon that deals a ton of damage as a shotgun should, but it is worth noting that it fires much fewer pellets than the Bulldog.

Has 2 reticles (Always set it to vertical).

A pinpoint beam of energy that comes from the barrel of the weapon.

Tracking must keep contact with the target in order to deal damage over time.

The VK78 Commando is a completely new UNSC weapon that sits between the Assault Rifle and Battle Rifle as a precision tactical rifle.

The M40 features a high rate of fire, a 36-round magazine, & decent handling, making it a versatile close-range weapon.

The standard pistol in Halo Infinite.

The MK50 Sidekick is nothing quite like the fearsome M6D Magnum Pistol from Halo: Combat Evolved

The Cindershot is a completely new Forerunner weapon in Halo Infinite.

It’s basically a grenade launcher, like a Forerunner version of the Hydra.

The Stalker Rifle takes the place of the old Beam Rifle, serving the role of a semi-automatic sniper rifle.

The UNSC Hydra is a kind of rocket launcher-grenade launcher hybrid that fires small micro-missiles that can lock onto enemy infantry.

The Disruptor is an automatic pistol that is a fair bit better than the Plasma Pistol.

The Disruptor is essentially the Shock Rifle, but in pistol form.

The Plasma Pistol makes a reappearance as a weapon in Halo Infinite.

This time it can no longer EMP vehicles.

The Skewer is a long-range sniper weapon that also has the vehicular destruction abilities and appearance of a rocket launcher.

The Covenant’s classic rapid-fire SMG is back in Halo Infinite with more pink crystals to fire.

The Ravager is a brand-new Banished grenade launcher-like weapon in Halo Infinite that packs a punch with a volley of exploding plasma balls.