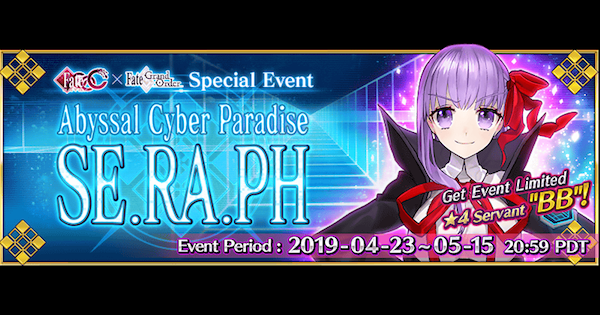 Closing How to Unlock

All your Servants get GUTS from BB Slot. Since its effect restores up to 1000 HP, which makes the battle much easier. But because of GUTS you should be careful when playing such servants as Arash.

BB uses "BB Channel" skill every time at the start of the turn. Its effect debuffes either your Card Effectiveness or ATK. As the effect lasts for 3 turns, you'd better finish her off before the debuffes stuck.

The Ruler Class can effectively handle this Moon Cancer Boss, since a Ruler would have an advantage in both ATK and DEF. You can safely pick up NP attacker, because she has only one HP Gauge.

Lost Man is the EXTRA Class. It means that he takes an increased damage from Alter Ego and Moon Cancer (especially if they got a single-target NP) and 100% damage from all other classes.

After Lost Man's HP Gauge Break, he uses『不滅の鉄心』, that applies Ignore Invincibility and NP DMG UP to himself. As you've already guessed, Evasion or Invincibility won't work.. Also, be aware of his Buff Removal.

The Boss activates『アンプル使用』randomly. It charges 1 NP gauge increasing his HP by 2000. It's going to be especially hard because his NP has Ignore Defense effect in addition.

Sessyoin Kiara has Special Resistance UP and you can barely do any damage to her. The battle is over in 4 turns. It shouldn't cause you any problems, as she doesn't do much damage either.

In Final You can choose from 2 Battles

In Fainal Act there are going to be 2 types of battles: one with KP exchange and one without. We strongly recommend choosing the KP Exchange variant, as the Battle will become significantly easier and the choice does not affect neither the Story nor the Reward. But you can choose the other if you want some challenge.