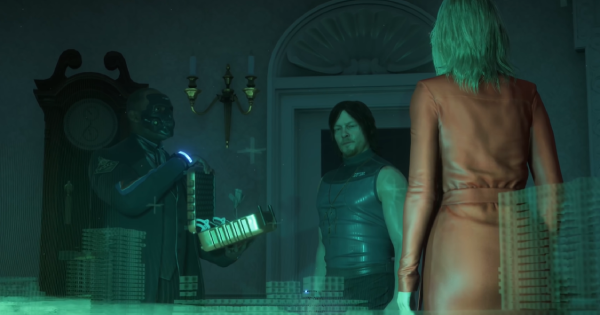 Check out this Death Stranding guide to know more about factions in the game. Including faction affiliation of each character!

Bridges is an organization in Death Stranding that aims to reconnect the disjointed cities of the UCA. Working together with Amelie, Die-Hardman recruited Sam to help with their aspirations.

Check Out The Lore Explanation Here

Fragile Express is another delivery service company. Fragile is the only revealed member of said company. It boasts of its company motto and tagline - "Handled with love".

The United Cities of America is the collection of Knot Cities that make up what is left of America. Working with Bridges, the UCA wants to connect its capital cities and citizens to the Chiral Network.

Preppers are individual NPCs in Death Stranding. They live in bunkers, isolated from the rest of the world. Sam can establish a connection with them via the Chiral Network after making deliveries or completing tasks for them.

Beached Things or BTs are entities from another world, or the Beach, that are stranded on the Planet. There are different kinds of BTs and each have their own unique, dangerous abilities.

Check Out How To Deal With BTs Here

Mules are a separate group of deliverymen that have gone rogue due to Delivery Syndrome. Those affected by the syndrome have the inexplicable tendency to steal Sam's cargo and carry them off to their bases.

The Homo Demens is a dangerous militant group led by Higgs. With his capacity to manipulate Timefall, Higgs leads the Homo Demens to aggressive skirmishes, open opposing the re-connection of Edge Knot City to the UCA.