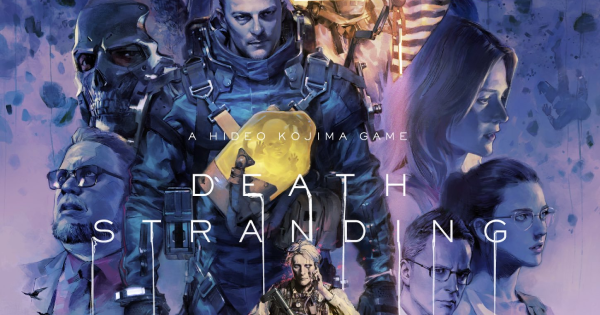 Sam Bridges is the main protagonist of Death Stranding. Once a deliveryman of Bridges, after an incident ten years ago, he left the company and is now being recruited to work from Bridges yet again.

He is voiced and motion captured by Norman Reedus - a Hollywood actor most known for his role in The Walking Dead.

Amelie is also known as "Samantha America Strand". The daughter of Bridget, she aims to reconnect the United Cities of America as one whole nation to continue her dead mother's legacy.

Emily O'Brien lends her voice to Amelie in Death Stranding. Her voice can also be heard as Gamora in Guardians of the Galaxy: The Telltale Series.

Likeness Is Inspired From Lindsay Wagner

Amelie's likeness is motion captured from film & television actress Lindsay Wagner. She also provides the look and feel of Bridget, Amelie's mother. Lindsay Wagner is most known for her role in The Bionic Woman.

Amelie's Japanese voice actress is Kikuko Inoue. Her voice can be heard as Rhea in Fire Emblem: Three Houses, The Boss in Metal Gear Solid 3: Snake Eater, and Lust in Fullmetal Alchemist: Brotherhood.

Bridget is the former president of the United Cities of America. She is Amelie's mother. She was sick and confined to her bed in the Oval Office before Sam left Bridges.

Lindsay Wagner is the English voice actress of Bridget as well as the motion capture model. She also provides the likeness for Bridget's daughter, Amelie. Lindsay Wagner is most known for her role in The Bionic Woman.

Along with her daughter Amelie, the Japanese VO for Bridget is being played by Japanese voice actress is Kikuko Inoue.

Though not 100% confirmed, Cliff has been rumored to be the main antagonist of Death Stranding. He can manipulate soldiers via black tentacles that emerge from his body.

Cliff is voiced & portrayed by Mads Mikkelsen. The Hollywood actor is known for being Dr. Hannibal Lecter in the TV series Hannibal. He is also seen in Doctor Strange & Rogue One: A Star Wars Story.

Japanese Voice Actor Has Not Been Confirmed

As of the moment, no Japanese voice actor for the role of Cliff has been confirmed.

Fragile is a mysterious character that Sam will meet in one of his travels, when he's surrounded by BTs. Her clothes & equipment are marked Fragile Express, showcasing her affiliation to this company.

Léa Seydoux lends her voice & likeness to Fragile's character in Death Stranding. The French actress is most known for her roles in Blue Is the Warmest Colour and the James Bond movie Spectre.

Deadman is one of the characters in Death Stranding that is connected to Bridges. He teaches Sam about the BB (Bridge Baby) and shows him how to use the synchronization incubator.

One of the most popular directors of this era, Guillermo del Toro lends his face and likeness to Death Stranding's Deadman.

Deadman's English voice actor is Jesse Corti. He has had a variety of small roles in the Uncharted Series, Metal Gear Solid 3: Snake Eater, among others.

Akihiko Ishizumi is the Japanese voice actor of Deadman. You can also hear him for his roles in Gintama, Naruto, Nodame Cantabile, and Ergo Proxy.

Heartman is a researcher affiliated with Bridges. He has a special condition wherein he dies for 3 minutes and resuscitates to live again for 21 minutes.

Nicolas Winding Refn's likeness can be found in Death Stranding's Heartman. Known more for his writing and directing skills, some of his work includes Drive, Only God Forgives, and The Neon Demon.

Darren Jacobs has worked in a couple of Hollywood projects - Ford v Ferrari and Men in Black: International.

Heartman's Japanese voice actor is Hochu Otsuka. He has done voice work for popular series such as Jiraiya in Naruto and Braig/Xigbar in Kingdom Hearts.

Die-Hardman is the head honcho of the Bridges organization. Alongside Amelie, he convinces Sam to continue her work in connecting the United Cities of America once again.

Die-Hardman's voice actor is Tommie Earl Jenkins. He has done a lot of film & TV work in How To Get Away With Murder, General Hospital, and Shooter.

Akio Otsuka is the Japanese voice actor of Die-Hardman. He is most known for his other roles as Solid Snake in the Metal Gear series, All For One in My Hero Academia, and Ansem/Xehanort in Kingdom Hearts.

Mama is a unique character with affiliations to Bridges. She has a daughter that was born on the other side, making it a Beached Thing. She is also stuck in a Bridges compound due to her daughter being stuck there.

Mama's English voice actress Margaret Qualley is a TV & movie actress. She appeared in the film adaptation of Death Note and also in the HBO TV series The Leftovers.

Mama's Japanese voice over will be acted by Maaya Sakamoto. She is known for her role as Jeanne d'Arc from Fate/Apocrypha, Merlin from Seven Deadly Sins.

Higgs is an antagonist in Death Stranding, known for his connections with Homo Demens. He challenges Sam and sends obstacles to stall his journey. He is also known as the Man in the Golden Mask.

The English voice actor of Higgs is Troy Baker. He has done a lot of video game voice work as Joel in The Last of Us and Sam Drake in Uncharted 4. He was also the voice of Ocelot in Metal Gear Solid V: The Phantom Pain.

The Japanese voice actor for Higgs is Satoshi Mikami. He also did the voice of Ocelot in Metal Gear Solid V: The Phantom Pain. Other works include Damien in Watch Dogs and Kam'lanaut in Dissidia Final Fantasy NT.

BB or Bridge Baby is an important tool that Sam uses to sense BTs or Beached Things as he travels. It is placed in a portable pod to simulate its stillmother's womb. Soothing & interacting with BB will reduce its stress levels.

Check Out What Is A BB (Bridge Baby)!