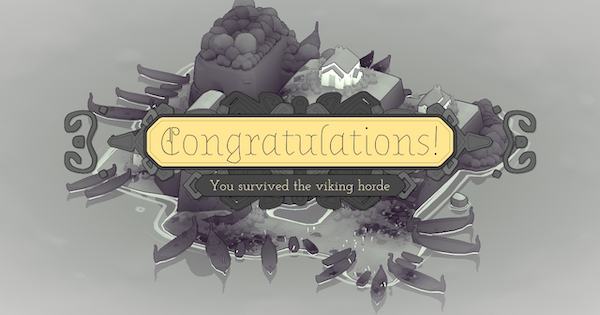 Read this walkthrough guide to learn how to beat Bad North! This guide includes tips on what upgrade you should get, how to prioritize stages, how to battle effectively and more!

Battle Tips: How To Fight Effectively

Besides being game over, the worst thing to happen in Bad North is getting killed and losing your unit permanently. Therefore, the basic strategy of the combat will be how to defeat enemies by getting less damages. Read the rest of the battle tips to learn how to survive through the attack of vikings and lead your troops to victory.

Use Appropriate Unit For Each Enemy Type

The key for reducing the damage is to use the appropriate unit with each type of class and strike the enemy's weakness. For example, Pikes Class unit can defeat the enemies with shield with almost no damage.

Check Out List Of Enemy & How To Beat Them

Learn How To Place Troops Effectively

Each class has effective placement to unleash their ability. For example, Archer Class unit can retain their war potential by placing behind Infantry Class or top of the cliff where enemies can't reach.

Pikes Class unit can't attack while moving. Place them on the enemy's route. Note that enemies always take the shortest route toward your houses unless they are archers.

Place Melee Units Next To Each Other

By placing either Infantry Unit or Pikes unit next to each other, you can attack 1 troop of enemy with 2 troops of yours.

Save Lives By Replenish Or Flee

As I said before, when your troop died in the battle, you will lose that unit permanently. When the number of solider in a troop reduced to less than 3, consider the options below;

Four Ways To Save Lives

Map Tips: Which Stages To Prioritize

Priority Of Which Islands

When you have several options of islands to go to, you want to prioritize the island as table below.

Priority Of Which Island To Go To

As you move to next turn, the island located on the left of dotted line can no longer be accessible. Be sure to go to the island and try to maximize the golds!

Learn More On How To Get Coin Efficiently

How To Upgrade Characters Efficiently

There are 3 ways to upgrade your units; Class, Skill, and Items. Each costs you certain amount of gold to upgrade so plan carefully on what to upgrade first.

Which One Should You Upgrade First?

Our recommendation is to prioritize the upgrade of class first rather than items and skills. This dramatically increases the base stats and survivability of your units. However, upgrading to Elite Class requires 20 golds so you could spend on Skill and Item in the mid-phase and eventually promote them to Elite in the later phase.

Check Out All The Class & Skill From Here

Copyright 2018 Plausible Concept AB ALL RIGHTS RESERVED.
Trademarks are the property of their respective owners. Its licensors have not otherwise endorsed and are not responsible for the operation of or content on this site.
▶Bad North - Official Page