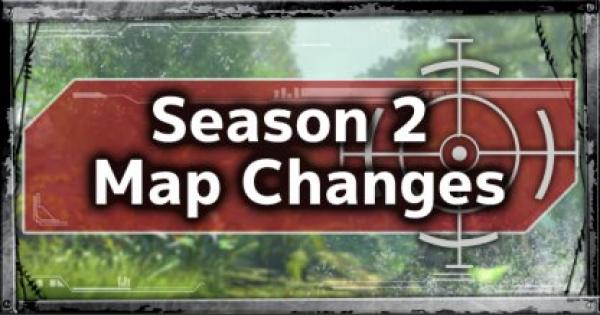 Check out this Apex Legends guide to learn more about the changes that the map has underwent in Season 2: Battle Charge! Find out about new locations, new monsters, terrain changes, and more!

Season 2's map has brought with it some changes to certain locations, terrain, and has even brought in some creatures! The map above shows an updated image of the second season's map!

The above video shows the events that lead to the changes that the map underwent leading up to season 2. As seen on the video, an EMP was detonated that changed King's Canyon forever!

Leviathans have now entered King's Canyon. They can now be approached around the map. They will occasionally lift up their feet revealing high tier loot in the middle of their footprint. Grab them quick or else you'll get stomped on!

The constant bloodshed has attracted the Flyers that circled King's Canyon. Some of these Flyers carry lootboxes which can be shot down for various loot!

Terrain In The Shattered Forest Has Changed

Due to the absence of Legends, the Shattered Forest has been able to regrow some of its plant life and has altered the terrain. Flyers have chosen this as their new homes. Flyer nests can be found around the area.

The Cage is a new installation found on the map that is sure to lure legends near it. It is a six-story building with all kinds of loot! The Cage is around the center of the map, Northwest of the Hydro Dam.