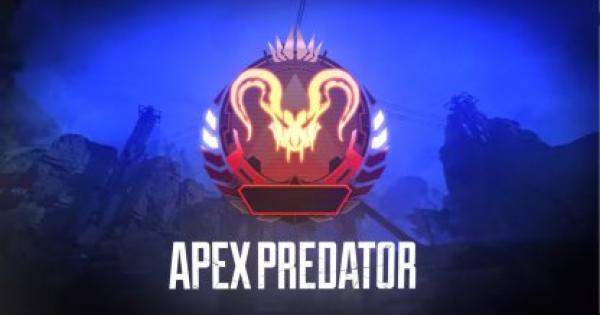 Check out this Apex Legends guide to learn about the details of the ranked matchmaking system: Ranked League! Find out what it takes to climb the ladder & become an Apex Predator!

What Is Ranked League Mode?

Ranked League is a new competitive mode introduced during the launch of the second season of Apex Legends. Test your skills and climb the ladder through different ranks and see if you become a certified Apex Predator!

Progression Resets After A Series

A "Series" is the duration of the competitive season. After the Series, the competitive mode will reset. You will earn rewards depending on your Rank, but will start in a new rank, and then attempt to work your way back up the ladder!

Level 10 Or Higher Required To Play

Ranked Leagues will require players to be level 10 or higher in order to join. This will make sure that all players have been able to learn the ropes and are ready to play more competitively!

Leagues Are Divided Into Ranks

There are a total of six competitive tiers in Ranked League. All tiers excluding Apex Predator are further divided into four divisions (ex. Bronze IV, Bronze III, Bronze II and Bronze I).

During the launch of Ranked Leagues, all players will be starting in the Bronze IV division. They will need to work their way up the ladder to gain better rewards. However, future Series placements will depend on your Ranked Progress in past Series.

When playing with your friends in a lobby, the matchmaker will find a match using the highest ranked player in that lobby! This was done to avoid higher-ranked players carrying their lower-ranked friends to become champions!

Your RP rewards do not stack at the end of the match. If you placed in the top 3, you will only earn 7RP instead of 13RP.

Progress The Ladder By Earning RP

Your Rank Cannot Be Demoted

Reaching a higher Rank will ensure that you finish the series in that rank. This means that you do not have to be scared about being demoted. However, you can still be demoted to a lower division if you lose enough RP.

Be sure to manage your RP as they are also used to enter matches in Ranked Leagues! The above table shows the match entry cost per rank in RP.

By the end of the series, Apex will be rewarding players Ranked Badges based on the rank that they've finished in during the series. As of the time of writing, there are still more rewards to be unveiled. Check back soon to find out these rewards!

Apex Legends will be more strict with players that leave before a match ends. Penalties that bar players from joining a match will be implemented. These can start as a short 5 minute ban, and can escalate to up to a week!

Loss forgiveness is given to players whose teammates have abandoned them in Ranked Games. If they stand to lose any RP at the end of the match due to a teammate abandoning them, they will instead have a net loss of 0.