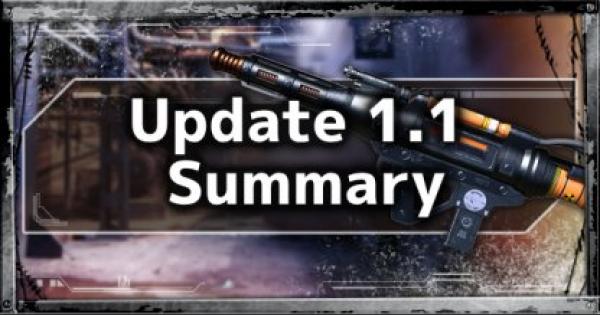 Check out this patch notes summary for Apex Legends update 1.1 which came out April 4! Find out the quality of life changes, big fixes, & more in this patch note summary!

Update 1.1 introduces a number of quality of life improvements, including the ability to invite the last squad you played with, as well as bug fixes and improvements.

Party Up With Last Squad

Players can now party up with the last squad they played with. Buttons will be available at the lobby screen that displays the name of your previous teammates, which allows you to invite them.

For PC players, you can now report cheaters and have the option of selecting either "Cheat" or "Other". There were also additional behind-the-scenes improvements to combat cheating.

Fixed an issue where Battle Pass rewards page would not have a default item selected, resulting to a blank page.'

Fixed bug for PS4 and Xbox One where attempting to use a keyboard to chat could cause a fatal script error.

Into The Void & Jump Pad Interaction

Check Out All Legends Here!