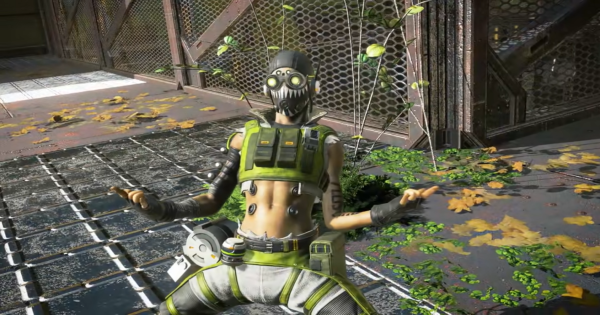 Read this guide for information on Apex Legend - Octane. Find out more about her stats and character role - including tactical, passive, & ultimate abilities.

How To Play As Octane

Octane's ability kit creates a unique mobile hero that can easily go in and out of battles to cause chaos among enemies. As a flanker, he can go behind enemy lines and disrupt them from there.

Two of Octane's skills are high mobility ones that can benefit himself and his team. His Speed Boost allows him to rush enemies or escape them when needed and his Jump Pad offers advantageous positioning.

There's no stopping players from using STIM one after the other ... as long as they have the health reserve. Just remember to balance the health cost and the speed boost benefits.

Use to Rush at Enemies

The faster movement speed provided by STIM can be utilized to rush at enemies or pursue fleeing ones. With quicker movements, shooting you will become more challenging for enemies as well.

If you find yourself in hot water, you can pop a STIM and book it out of there. Make sure to move erratically to make it harder for enemies to shoot at you while you're making your escape.

Use STIM to Gain Head Start on Looting

The faster you can loot in the first part of the game, the higher your chances of surviving. With STIM, Octane can go through an area and loot before everyone else. This is especially helpful when you've just landed.

The Jump Pad can be used by both Octane and his teammates freely, providing everyone with added vertical mobility for a few seconds. This is especially helpful when trying to disengage or move to higher grounds.

Use for Strategic Positioning

The Jump Pad offers teams the chance to find more advantageous footing when needed as it can easily get them to high ground. Alternatively, it can also even playing grounds when enemies are holed up on high ground.

Take a Breather to Regenerate Health

As long as he doesn't take damage for a few seconds, Octane will start to regain 1 health every 2 seconds. When you find yourself at low health in the middle of a fight, use STIM to run away and find a safe place to regenerate health.

Act as a Distraction for Enemies

Octane can disrupt enemies from behind or the side while his teammates take position and shoot them from another angle. If the enemies start to overpower him, he can easily run away with STIM.

The Jump Pad is a skill best used right before battle rather than in the middle of it as enemies can also use it. Before engaging, use it to find high ground or positions where enemies are less likely to see you coming.

One day, Octavio Silva was bored. In fact, he was bored most days. Heir to the preoccupied CEOs of Silva Pharmaceuticals and wanting for nothing in life, he entertained himself by performing death-defying stunts and posting holovids of them for his fans to gawk over. So, this day, he decided to set the course record for a nearby Gauntlet by launching himself across the finish line – using a grenade.
As he lay in triage hours later, the doctors informed him that the damage done to his legs meant his daredevil days were over. That didn’t sit well with Octavio, who turned to an old friend for help: Ajay Che, who he guilted into forging an order to replace his legs with bionic ones. Suddenly able to repair his limbs at a moment’s notice, Octavio decided petty online stunts weren’t enough: the ultimate adrenaline rush, the Apex Games, was calling. Now, he’s going to become an Apex Champion doing the most incredible, death-defying moves anyone’s ever seen. Maybe in the arena, he won’t be so bored.