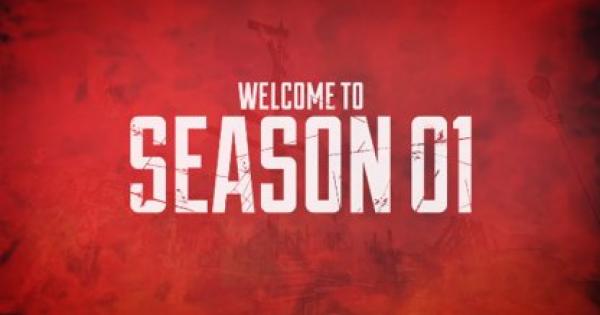 Check out both the Legend & Weapon changes in Apex Legends' March 19 Update, introducing Season 1: Wild Frontier and Battle Pass! Find out which Weapon and Legend stats have been changed, other fixes, & more in this patch note summary!

The first season of Apex Legends has arrived. Titled "Wild Frontier", the new season introduces its Battle Pass system, with over 100 unique reward items to unlock!

Play As The New Legend: Octane

The new season also hails the arrival of a new Legend Octane. Octane focuses on high-mobility gameplay, trading health for speed with his stim shot, and using launch pads to go through the map fast. He's unlockable for 12,000 Legend Tokens, or 750 Apex Coins.

The Wild Frontier is here, and so is our first Battle Pass. Learn more about the badges, skins, and voice lines coming your way: https://t.co/2ppF4L1WfM pic.twitter.com/CH4UevrY3G

Changes To Weapons In Mar 19 Update

Players can no longer fast swap weapons when changing stance, such as when crouching while swapping weapons.

Check Out Tips & Techniques To Play Like A Pro

Changes To Legends In Mar 19 Update

The update adds a swap trigger button option toggle to switch triggers for the shoulder buttons, and added Trigger Deadzones to customize how far you pull the triggers before they fire. The update also adds Advanced Look controls to further fine tune your look controls.

Check Out Recommended & Best Settings for the PS4 Here!

As an added convenience, the new update will now allow players to navigate most menus using the D-Pad.

The update adds better color blind support for Blood Hound's Threat Vision, and colorblind colors per setting are now displayed in the settings menu. Colorblind settings have been moved to accessibility so changes are applied on the fly. Also, enemy pings now use proper enemy color instead of only using red.

The latest update also fixes a lot of bugs, including a rare issue where players can get invulnerable in a drop ship, a hole on Gibraltar's shield, and other issues.

The update improves stability for various GPU configurations, and PC FPS is now capped at 300 to balance stability. This also addresses PS4 crashes due to running out of memory.

PC crashes without error messages will now generate a text file in the Documents folder which players can attach when reporting crashes.

Added Report a Player Feature on PC and Consoles

Players on PC and consoles can now report cheaters they encounter within the game. This can be done via spectate view, or through your teammate's banner cards in Squad Tab.

Apex Legends will now detect Razer Chroma peripherals and will now play animated colors when you do certain things within the game.