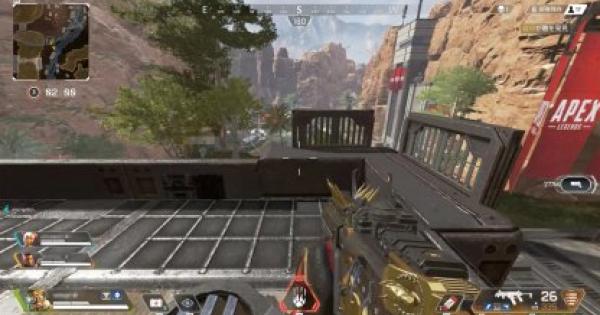 Check out this beginner's guide on how to get better in Apex Legends! Learn how to effectively use signals in exploration and combat, when and when not to fight, and more to become the champion!

Always Use The Ping System!

One common thing that beginners do after spotting an enemy is to immediately shoot at them. This will only alert the enemy to you and your team's position. When you spot an enemy, make sure to use the ping system first to alert your team!

Check Out How To Use The Ping System Here

Your pings will be active until you remove them. Update them regularly with new enemy positions when you see them move! This will keep your team updated with enemy positions during battle!

Ping Even When Downed

You are still a valuable asset to your team when downed. You can still send pings to enemy locations to help them eliminate foes, and revive you! Make sure to always use the ping to increase your team's chance of surviving!

Tactical abilities have a short cooldown, letting you use them often when in battle and while exploring. Use these abilities often to get a slight advantage when exploring and when in combat.

Ultimate Abilities Have A Long Cooldown

Ultimate abilities have a longer cooldown than tactical abilities. These abilities are usually used once in every 3 or 5 battles. These give a huge advantage in battle so only use them when in dire situations!

Be Aware Of Number Of Enemies

Apex Legends usually pits two teams of 3 against each other in battles. If one person is eliminated, that team's chances of survival drastically go down. Be aware of enemy movements and numbers, and don't stray too far from your team!

Always Fight With Your Team

Always assume that an enemy will have two of his teammates near them. Do not fight right away, but instead ping the enemy location to alert your teammates. You can start the battle when all three of you are ready to fight!

Have Shields Before Fighting

During fights, remember to have a strong shield equipped. It will allow you to absorb more damage before going down for the count. When you've expended your shield, find a safe place to recharge it!

Prepare To Use Abilities Immediately

The Tactical Abilities of Wraith, Bangalore, and Gibraltar are powerful defensive abilities that you can even let you escape when you start to get focused on. Make it a habit to use these abilities immediately when you get hit!

Check Out All Legends And Abilities Here

When & When Not To Fight

One strategy used in Apex Legends is to wait out a fight between two teams, then ambush the winning team. This will catch them off guard since they may have used up all of their abilities, and may be quite hurt!

When To Avoid Fighting

When You Spot A Far Away Enemy

If you find a far away enemy, it is best not to engage. You will be wasting your bullets firing at very long ranges, and may possibly give away your position to enemy teams nearby!

When You Don't Have A Rare Shield Or Better

Combat in Apex Legends is hugely affected by armor rarities. In case you only have common armor or none at all, it would be best to avoid fighting altogether. Focus on gathering better loot before the final moments of the game instead!