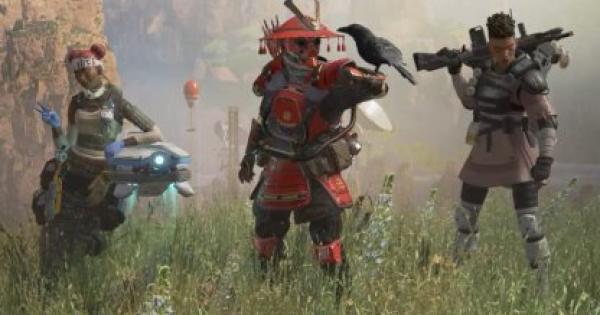 Want to survive in the early game in Apex Legends? Check out this guide for combat tips, tricks, and techniques that will help keep you alive early on in the match!

Take Advantage Of The Ping System

Use Ping To Initiate Combat When Enemy Is Located

When you've located at enemy, it's best to share their location to your team first before jumping straight into battle. Don't immediately shoot as this can inform your opponent and their team about your own location and also your team may not be in the best position to cover you.

Send Out Pings Even In Battle

Pings can be used even in the midst of the shootout. Utilize the ping system to share enemy locations and the direction they're heading. This will help your team work better together to take down your enemies.

You Can Ping Even When You're Down

When you're knocked down, you can still use the ping system. Instead of asking for help to be revived, you can inform your team about the enemy's whereabouts so they can take them down and go back to revive you when the coast is clear.

Don't Be Afraid To Use Abilities & Ultimates

Due to abilities having cooldowns in Apex Legends, players tend to reserve them and realize too late that they should have used them earlier. It's best to use an ability to fight and survive than regret not using them at all.

For Beginners, Remember To Use Abilities Often

For Apex Legends beginners, it's recommended to keep thinking to use your Ultimate Ability the moment you encounter an enemy face to face and to use other abilities when you're being shot at.

Use Tactical Abilities As Often As You Can

Tactical abilities have a lower cooldown time than Ultimates so they can be used multiple times in a fight. It's best to exploit them during battle to use your Legends uniqueness to your advantage.

Ultimate Abilities have a longer cooldown time than other abilities but they can be reused within 3 to 5 minutes. It's okay to use an Ultimate Ability once per match if it's a quick one. If you survive longer, you can use another Ultimate once the cooldown is done.

Lifeline's Ultimate Ability is not offensive, so disregard this advice when using her.

Avoid Getting Knocked Down

Use Team Numbers To Your Advantage In Battle

When going into battle, it's best to have all 3 players focusing fire on one enemy. When one is knocked down, it's easy to overpower the team that has less players in the fight. Keep this in mind to also prevent getting overpowered in battle.

Do Not Go Into Battle Alone

Even if you've located an enemy, it's best to use the signal system and inform your teammates of their location. Don't go and fight alone as other enemy players can be waiting to ambush you. It's always best to initiate the fight with a complete team of 3 players.

Find A Location With Physical Cover From Enemy Fire

When starting a battle, find a tactical position that will shield you from enemy fire. Locate spots that have buildings or obstacles that can cover you in the midst of the battle, helping you keep your health up to survive longer.

Prepare To Use Abilities Immediately

Abilities can be used to go on both the offensive and defensive. Be prepared to use them as you never know how the battle will turn out. Abilities are also a great way to escape and keep you & your team alive in the match.

Legends That Can Protect Themselves

Learn When To Initiate Battle Or Escape

Wait For Enemies To Fight Each Other

Wait for enemies to initiate battle with each other. If you jump in when enemies are in the middle of a shootout, they will have less health and will also have used up their abilities, making them vulnerable.

It's best to attack when you're at medium distance, allowing you to deal more damage to enemies. However, when there are a lot of enemies shooting at you, it's best to use your abilities to retreat and bring up your shield.

In Apex Legends, it's not recommended to do battle in long distances. You won't be able to do much damage and your abilities won't reach them. It's still best to wait for other enemies to initiate battle with each other instead.

Don't Fight When Armor Is Below Rare (Blue)

If you haven't found strong enough armor - the recommended is rare (blue), it's best to focus on gathering resources instead of jumping straight into battle. If you have low level armor in the end game, you can be defeated easily.