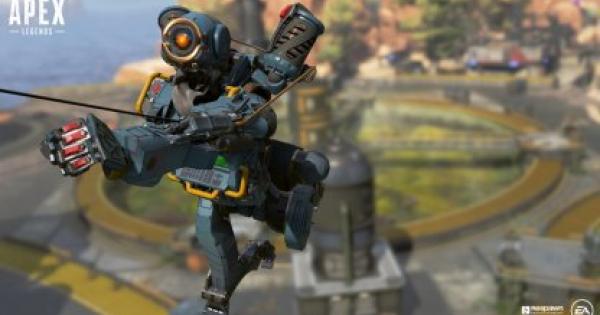 Check out this guide on Apex Legends recommended characters to play as for beginners. Learn about the best Legends to try out, tips, guides & more!

Abilities Are Powerful & Easy To Use

All of Bangalore's abilities are relatively easy to use and has a clear and focused role of providing cover and being an attacker. This is recommended for beginners as the role is easy to understand.

Wide Range of Use For Abilities

Bangalore's Smoke Launcher isn't just for defending against enemy attacks, but can also be used for situations such as reviving teammates, moving safely through choke points, and to heal and recover.

Things To Remember When Using Bangalore

Use Her Abilities When Attacked

When attacked, be conscious to deploy Smoke Launcher ability on your feet. Practice using this ability and get used to using it whenever needed.

Use Her Ultimate Immediately When Engaged by Enemies

Because her Rolling Thunder ultimate ability is a bombing run, use it as soon as you are engaged by enemies. Be careful though as this can damage you as well, so move out of the area after calling in your ability.

Lifeline's Can Heal Herself and Allies Around Her

Lifeline can heal herself and teammates around her with her D.O.C. Heal Drone Ability, which is perfect for support role. Her passive ability also allows her to revive allies safely with her shield.

Lifeline's abilities allow her and her team to survive with minimal use of items, especially in early stages where item slots are limited. Her Ultimate also compensates for this as she can call in a Care Pod that have higher rarity items.

Things To Remember When Using Lifeline

Stick As A Team

Lifeline performs best with her teammates nearby so it's easier for her to heal up and revive downed allies. Use cover as well to safely revive allies.

Be Careful When Using Her Ultimate

Her Care Pod ultimate takes time to drop and can be seen from a distance. It's best to confirm first if enemies are nearby before using her ultimate as this can alert nearby enemies.

His Abilities Make It Easy To Find Enemies

Since Bloodhound's Ability and Ultimate are specialized in searching enemies, it is easier for your team to find enemies. If you are close to an enemy, hide and launch a surprise attack.

Bloodhound's Passive ability allows him to see enemy movements and traps. With this knowledge, you can predict enemy behavior and where they'll move to next. Make sure to ping this to share with your teammates.

Things To Remember When Using Bloodhound

Use Abilities to Search For Enemies

Use his tactical ability when approaching buildings or when footsteps are heard. If an enemy is spotted, do not engage alone, and make sure to engage together with your allies.

Things to Consider When Picking Legends for Beginners

Try choosing Legends with strong Passive Abilities. This makes it easier for you to focus on attacking instead of managing your abilities.

Choose Legends with Easy to Use Abilities

Tactical Abilities are reusable, so make use of them as much as you can. Pick Legends with easy to use abilities like Bangalore's Smoke Launcher.

Each Legend has a specific role to play. Make sure that whenever you play a Legend, you are playing its role properly. Study its role well and practice as much as you can to get used to playing that Legend.