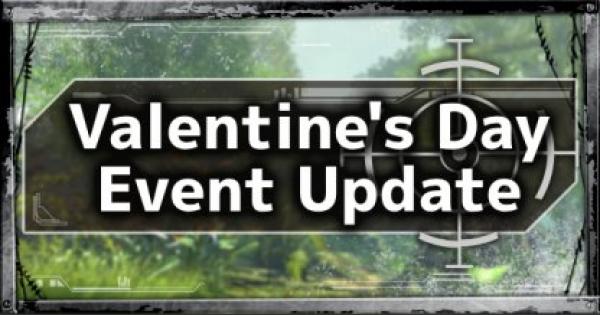 This Epic skin for the Longbow DMR is available for a limited time at the Rotating Shop.

This Banner Frame for Pathfinder is available for a limited time at the Rotating Shop.

From Feb. 13 to Feb. 19, players can earn the limited time badge "Live Die Live". This can be earned by simply reviving or respawning a teammate around Valentine's day.

A patch has also been implemented in preparation for season 1.

Check Out Beginner Tips & Guide: How To Win In Apex Legends Here!

Art has been updated for the Playstation Plus Play Pack to the Flatline skin and Banner Card. Names have been changed to Deep Blue. This affects players who have these items already.

The Rivals Apex Legends Challenge is a live event wherein 48 of the Biggest Streamers on Twitch play Apex Legends, with and against each other.

Stream The Event On Twitch

The event will be livestreamed using the official Apex Legends Twitch Channel.

A week since the game's launch, the people behind the Apex Legends would like to thank the player community for its continued support for the game. The game has had 25 million unique players since launch.

Been waiting all day to tell you this madness... @PlayApex hit 25 million players this morning. Read more about it at the link below. Remember we have Season One starting in March and more surprises coming. https://t.co/gwj1sZSQnY

Founder of Respawn Entertainment: Vince Zampella has expressed his excitement for Apex Legends' upcoming events and more via his official Twitter Page.

Season 1 Kicks Off In March

The update closes with a brief reminder for players that Season 1 will kick off on March, along with the Season 1 Battle Pass. The Battle Pass will allow you to earn cosmetic rewards and Apex Packs via gameplay.