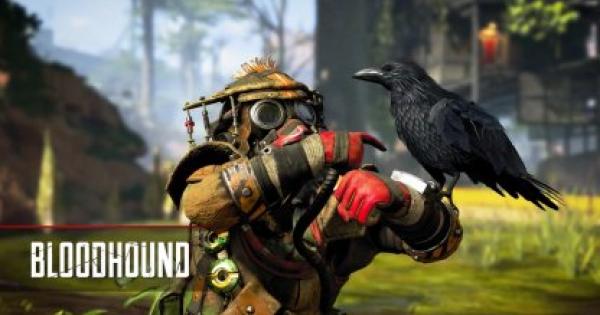 Read this guide for information on Apex Legend - BLOODHOUND. Find out more about their stats and character role - including tactical, passive, & ultimate abilities!

How To Play As BLOODHOUND

Best For Sniffing Out Hiding Enemies

Bloodhounds are the perfect hunter. Their abilities let them to see through walls and view enemy footprints, allowing them to sniff out and take down enemies that think they're safely hidden.

Eye Of The Allfather Can See Through Smoke & Walls

Bloodhound's Eye of the Allfather gives them the ability to track their prey, even through structures and smoke screens. This is a great skill to have either for scoping an area for the team or countering enemies preparing for an ambush.

When you activate Bloodhound's Ultimate Ability - you will get vision on your enemy's footsteps plus you will get a boost in movement speed. This allows you to aggressively chase down and finish off your foes.

Works Great In Either Solo Or Squad

Bloodhound is a great member to have in your squad but they can also dish out damage while solo. Players who like to keep attacking will enjoy using Bloodhound in Apex Legends.

Tactical Ability - EYE OF THE ALLFATHER

EYE OF THE ALLFATHER - Overview

Can Cancel Out Bangalore's Smoke Launcher

Bloodhound's Eye of the Allfather can be a good counter to Bangalore's Smoke Launcher. You'll be able to see enemy movement through the smoke, making their ambush plans fail.

Use Eye of the Allfather To Scope Area

Eye of the Allfather can also be used to scope an area out before venturing into it. This is especially useful if you're team is looking to loot a high-tier area or charging into a densely populated battle zone.

Using The Ability Reveals Your Position

Be careful when you use Eye of the Allfather, since it can reveal your position as it emits an aura which can be visible even at a distance. Anticipate an enemy attack whenever you use this ability.

Ultimate Ability - BEAST OF THE HUNT

BEAST OF THE HUNT - Overview

Most Effective In Chasing Down Foes

Bloodhound's Beast of the Hunt gives them a boost of movement speed plus provides visual heat signatures of enemies. This allows Bloodhound to instantly chase them down to eliminate them. Use your boost of speed to flank enemies as well.

Remember to ping enemy positions while the ultimate ability is active since you have a better chance at seeing enemies. This allows your teammates to locate enemies and give you cover.

Bloodhound's Ultimate Ability takes quite some time to activate, leaving you vulnerable. Activate his ultimate while climbing a rock or a wall for instantaneous activation to allow you to chase down enemies faster.

Useful To Know Where Enemy Has Gone

Bloodhound's passive ability Tracker lets them see tracks left behind by enemies. This is an effective skill to have as it gives you how much time has passed since the enemy made such tracks, and allows you to predict their movement and position.

Use Eye Of The Allfather In Choke Points

Make sure to use your tactical ability in potential ambush points and choke points to sniff out enemies. Results will be shared with your teammates so use it often.

Always let your teammates know of enemy tracks you spot using your passive ability. This increases your team's survivability as they are now more aware of enemy positions.

Bangalore's ability complements Bloodhound and can be a very good team composition. Bloodhound's abilities allow him to see through smoke, allowing the team to gain an advantage in most attacking situations.

Bloodhound is known across the Outlands as one of the greatest game hunters the Frontier has ever seen – and that’s about all anyone knows. Their identity is a mystery wrapped in layers of rumors: they are fabulously wealthy, a bloodthirsty murderer, a Goliath whisperer, a former slave, half bat, and a dozen other things depending on who’s doing the whispering.