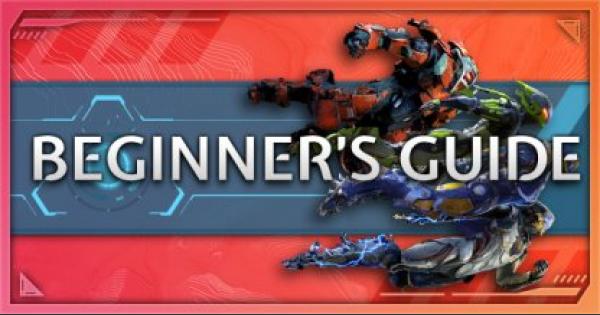 Anthem
Beginner's Guide & Essential Tips: All You Need To Know

Learn all you need to know for starting Anthem; from leveling tips to combat guides, loot farming & which Javelins to choose first.

Which Javelin Should You Pick First?

At the beginning of the game, you will be opted to use the "Ranger" Javelin by default until you complete the "Early Warnings" story mission. After completing the said mission, you will rank up to Pilot Level 2, allowing you to choose from 4 Javelins to use as your first Javelin class.

Check Out Which Javelin To Use First!

Although the its relatively low defense and class specific features takes getting used to, the Storm is great starter Javelin to rack up XP early on in the game. Thanks to its extremely versatile attack and crowd control capabilities, you will be able to complete numerous Feats to earn bonus XPs in each mission.

The Storm has a unique feature where its Shield defense will be boosted significantly while hovering. This will boost your Survivability to par with other Javelins. Also, the Storm's hover will only generate minuscule amount of heat, making it capable of hovering almost indefinitely.

Colossus Is A Late Bloomer

The Colossus' extremely high survivability and crowd-wiping capabilities will only become noticeable as you collect Colossus-specific components & weapons. While early on in the game, you may feel the Colossus cannot take much damage before you are well equipped, due to his lack of conventional Shields. We suggest to have the Colossus be used as your second, or third Javelin while using your other Javelin to farm suitable equipments.

By leveling up your Pilot Level, you will unlock more weapon / component slots that will boost your Javelin's stats significantly. Also, the Pilot Levels will be shared across all Javelins, and will allow you to gear up your new Javelin right off the bat. It is recommended you prioritize leveling up your character first before using your time to farm rare weapons and gears.

Check Out How To Get To Max Level Faster

During mission, you will have access to sets mini-challenges called the "feat", providing you with plentiful XP for completing certain conditions. Completing these Feats will be your sure way of making the most out of each mission you play.

Play With Other Players For Bonus XP

By playing with other players (friends & randoms alike), you will gain a portion of their earned XP as a huge chunk of bonus XP after completing your expedition. This bonus will make a noticeable amount of difference when leveling, so try to play with other players as much as possible.

Check Out How to Add Friends Here

The Main Quest & Side Quests are a great way of farming XPs due to them providing bonus XP upon completion. While early in the game, playing through these missions while progressing the main campaign will be your most efficient way of earning XPs.

By using the Quick Play feature from the area selection menu while deploying, you will be able to jump in to help other players in Strongholds and Missions. Although random, you will also be able to play previously completed missions, along with extra Reinforcement XP bonus upon completion.

Comparing Easy and Hard mode missions, the amount of XP you will earn will have approximately x1.5 difference depending on how well you play. Once you have leveled up and have confident builds, consider trying missions in higher difficulties to maximize your XP income.

The Stronghold, on the contrary, will have an extremely high difficulty spike in Hard mode. You will be severely under equipped until having at least 200 Power Level. It is recommended you do not try to level your character in Stronghold until you have leveled and gained sufficient gears.

Farm For Rare Loots Only After Leveling Up

Loots of certain rarity are actually barred behind level gating and will not appear until you reach a certain Pilot Level. Before you go loot hunting, it is recommended you try leveling your Pilot First to gain more powerful gears and equipments.

Check Out How To Farm Rare Guns, Gear & Components

The power / strength of your weapon and gears you obtain corresponds to your current Pilot Level. You will be able to earn more powerful equipments as you level your gear, so it is recommended you swap out your gears regularly until reaching level 30.

Easy Mode Recommended for Loot Farming (Up to Epic Rarity)

Aside from Masterwork and Legendaries, Uncommon ~ Epic rarity gears' drop rate & stats will not change even on easier difficulties. To speed up your farming, it is recommended you try running an easy mode run to get your loots.

Masterwork and Legendary Loots will not appear in normal difficulty missions, but will be available only in Grandmaster 1, 2, and 3 difficulty (Available after reaching Pilot Level 30)

Stronghold Mission will provide even more chances of you earning a loot compared to other Missions. Try out the Stronghold mission when you are looking to farm high rarity loots.

Javelin-Specific Loots Only Spawns When Using That Class

Javelin-specific gears, components and weapons will only spawn when you are playing as that Javelin. (ex. Picking up loot as the Storm will only earn Storm compatible items).

Colossus Has His Own Unique Weapon Types

Colossus will have access to Heavy Weaponry (Auto cannon, Grenade Launcher) which is only compatible with itself. Also, the Colossus will not be able to equip any pistol type weaponry as well.

Utilizing your Javelin Gears to initiate Combo is a key element of combat in Anthem, allowing you and/or your squad to chain your attacks in a combo.

Check Out How To Trigger Combos Here

The Primer gears (marked with a ◎ mark) will apply a status effect, and Detonator gear (marked with a ✧ mark) will "detonate", delivering a boosted damage and special effect depending on which Javelin detonated the combo.

Initiating your Ultimate attacks will fully heals your Javelin while rendering them invulnerable during the duration of that attack. This can be used not only as your trump card, but for emergency healing in a pinch.

Interceptor's ultimate "Assassin's Blades" has a unique feature that will allow you to control their movement while in effect. You can use this and your invulnerability to your advantage, and recover downed teammates caught under heavy fire.

When you pick up ammo packs dropped by your enemies, it will automatically reload your magazines as well. This is extremely useful when using high capacity weapons with slow reload times when under consistent combat.

You can expect to face numerous types of enemies with different features throughout your expedition. Try to equip a balanced loadout to use in each range and occasion. (ex. Light Machine Gun for close ~ mid range combat, Sniper Rifle for long range & tougher enemies.)

The color of the enemy's HP bar indicates what kind of defense they have. The red gauges are default, yellow gauges indicate the enemy is heavily armored and resilient to physical attacks, and blue bar indicates the enemy is protected with regenerating shields and cannot be primed while the shield is up.

Certain hard hitting enemy attacks (sniper rifle shots & missiles) will not only have visual cues but audio cues as well. Even during battle, listen in on any high pitched audio cues to avoid being attacked from the blind side.

When attacking with guns or aimable gears, try to aim for enemies' weak points which will cause a Critical, effectively doubling your damage indicated by a yellow damage numbers. For most enemies, their weakness will be their head, but for some larger enemies such as turrets will have other location as their weak points like fuel tanks.

Prioritize Escaping To Cover When Shields is Down

When you lose your shields, you will be taking the entire blunt damage to your enemy's attack to your health. It is advised you fly or dodge your way to safety when losing your shield. Get to cover, and wait for the shield to recharge before engaging again.

Use Your Physical Shields When Using Colossus

Unlike other Javelins, Colossus will not have any conventional recharging shield, but instead have a physical shield he can use to block frontal attacks. Try to keep this shield up and facing the enemy as much as you can during the fight.

Recommended Settings Before You Play

It is recommended that you set your Flight sensitivity to a lower value before playing due to the default setting being relatively twitchy, making it hard to maneuver around tight areas while flying.

Since you will be needing to operate multiple keys while in combat and maneuvering, it is recommended you set your dash / flight key to a toggle instead of hold so that you may focus on other combating controls.