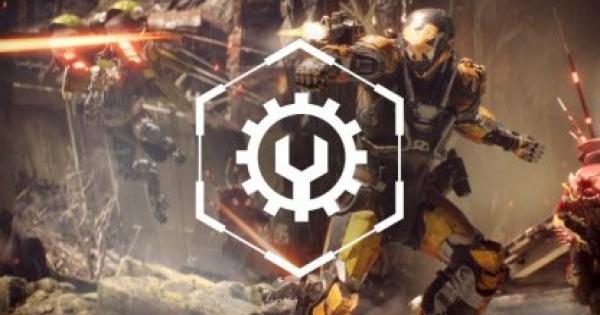 Check out this Anthem guide for a summary of changes that's coming to the day 1 patch as the game launches on Feb. 22.

Check Out The Ranger Here

Check Out The Storm Here

Check Out The Colossus Here

Check Out The Interceptor Here

Getting Shot by Invisible Enemies Fixed

This issue is streaming related and happens on slower or fuller hard drives. The day 1 patch fixes this issue.

Fixed Issue Where Players Cannot Get Into Tomb

The patch also addresses an issue where players who completed all of the trials could not get into the tomb during certain Critical Missions.

Day 1 patch also fixes an issue where chests being opened by teammates are not credited to your character.

The Day 1 Patch addresses and lowers the loading times for older disk drives.

Audio performance is fixed, notably the issue where audio disappears, which requires a restart.

Performance Improvements On All Platforms

The Day 1 patch introduces performance improvements on all platforms, for smoother gameplay.

Xbox Settings Not Being Saved is Fixed

Settings you change on the Xbox One that happens to a number of players is now fixed in the Day 1 update.

Crashes And Disconnects When Talking At The Fort

The day 1 patch fixes a crash or disconnect issue that happens when talking to people at the Fort.

The Day 1 patch will also address loading screens not completing.

A few bugs which are improved in Day 1 (thread)
1. Getting shot by invisible people. This is streaming related. Especially on slower/full hard drives. Patch makes it much better.

Acts are major post-release updates coming to Anthem, which introduces major changes to the game.

Act 1 is titled "Echoes of Reality" will introduce various gameplay features that will change the way the game is experienced moving forward.

The Evolving World updates will introduce in-game events that reflect the savage transformations the world of Anthem undergoes.

This update will introduce improvements on social interaction and competition between the Freelancers.

The Cataclysm is an aspirational end-game content for Freelancers to take on. A fierce Cataclysm has appeared in the jungle nation of Bastion. Discover and conquer the Cataclysm for some awesome rewards!

Acts 2 and 3 To Be Confirmed

Details are currently unknown with regards to Acts 2 and 3. We'll update this section as soon as more details are released!

Bioware Lead producer for Anthem, Michael Gamble outlined in his Twitter account major changes to be made in Anthem when the game drops on Feb. 22 on all platforms.