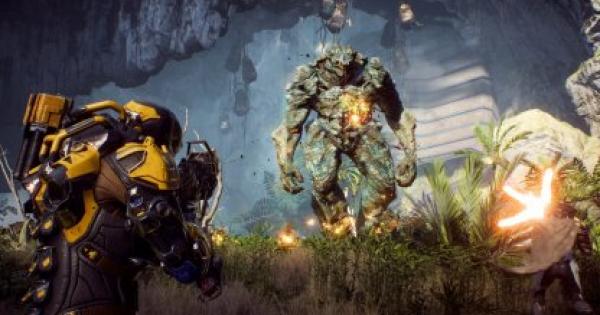 Anthem
Which Features Will Be Available at Launch?

Excited to jump into your Javelin at launch? Check out this list of confirmed gameplay features that are in the game when Anthem launches, and other details!!

Each Javelin Will Have One Ultimate

Anthem will launch with four Javelins, with each having only one ultimate ability each. However, there may be a potential to have this changed in the future.

At launch, loot will have the potential to drop at Legendary rarity, which is the confirmed highest kind of rarity in the game.

Gameplay Features That Won't Be At Launch

Cataclysms Are Confirmed for First Act

Cataclysms are end-game features for max level players wanting more challenge, which can be the equivalent of raids in other games. However, this feature will not be available at launch, and will be released sometime after launch.

Currently, the Ranger, Colossus and Interceptor Javelins each wield a melee weapon, and these melee weapons cannot be changed at launch.

We have melee weapons. As to swappable ones, not at launchhttps://t.co/z6btEk7pBY

No Competitive Multiplayer at Launch

Anthem has been designed as a PVE game at launch, and will not feature PVP combat with other Javelins.

More Javelins Will Be Introduced in The Future

According to Bioware, they will be adding more Javelins in the future. At launch, we'll only be able to play with the four featured Javelins.

Yes, we want to add more Javelins in the futurehttps://t.co/hgoxzYDinw

There Is No Way To Lock Items At Launch

Unique to looter shooter games is the ability to lock items to avoid accidental dismantling or selling. However, at launch, Anthem will not have this feature.

You cant delete things you have equipped, there is no other locking system. Good Idea thohttps://t.co/daMyV12dyt

Unique Enemy Loot Will Not Drop

Not at launch but we are looking into thishttps://t.co/2OY7EICth7

No Elemental Weapons At Launch

Elemental effects play a huge role in creating combos, however this is currently limited to abilities. Weapons will not have elemental effects and thus, won't be able to prime or detonate combos.

Check Out How To Trigger Combos Here!

Not at launch. We want primers and detonators to be gear focused. We may add weapons that do elemental damage and dont cause combos however... Soooo... I guess i just talked myself into saying... Yes, yes there will be. In time.https://t.co/Zgp7JhOmbC

Inscriptions are passive benefits that come with your equipment and are randomized for all items you pick up. At launch, you will not be able to re-roll these inscriptions so you'll have to keep on looking to find the inscription that fits your need.

No re rolling but we realize this may be something we need to do after launch (to some degree) https://t.co/SrgOX0UjC7

The ability to place markers on the map won't be at launch in Freeplay mode, however, it is something that Bioware is considering in the future.

We hear your feedback on waypoints in FreePlay. We like the idea but it’s not something we will have for launch.