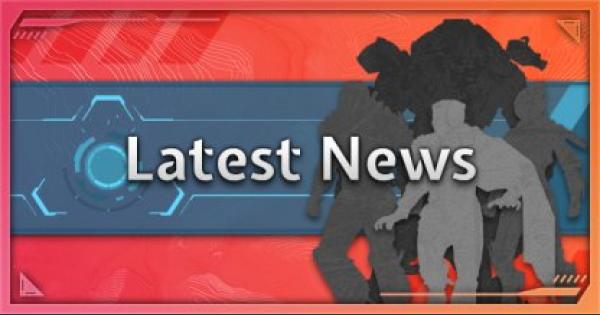 Check out this Anthem guide on the latest news & updates within the game. Find out info on game announcements, trailers, cataclysms, limited-time world events, & more.

New Information On The Cataclysm Event

In a short developer livestream, new information on Anthem's Cataclysm event has been revealed! There will be new weapons, a new map, and a whole new faction for you to face!

In this update, various Javelin Gears have received stat changes that increase their damage output! These stat changes will definitely make you feel more powerful in your suit!

Other Bug Fixes have also been added such as correct triggering of missions, stronghold fixes, and changes to different enemy types!

The Sunken Cell stronghold is now live – enter the stronghold with your fellow Freelancers to put an end to the Dominion’s deadly plans.

Major Fixes and Gameplay Changes Coming On The Next Patch

Major changes and fixes will be arriving on a new patch coming this March 9 for Anthem as confirmed by Bioware in a recent post on the Official Anthem Reddit Page. This includes a major fix for PS4 hard crash issue, as well as major gameplay fixes and updates.

Relevant changes in the inscriptions in Anthem will be implemented this upcoming Feb. 28 / March 1. Expect more relevant inscriptions per item, inscription pools, and reduced Masterwork Embers needed for crafting masterworks!

Bioware Lead Producer Michael Gamble outlined via Twitter some changes arriving on Day 1 via a major patch. And coming this March 2019, major update "Act 1 - Echoes of Reality" will arrive!

On February 14, 2019, Anthem fans will get a look at the world of Anthem decades before dropping into Fort Tarsis. The short film is directed by District 9's Neill Blomkamp and produced with Oats Studios.

Check Out Anthem: Conviction Trailer Below:

For fans who want to be the first to play Anthem, a VIP Demo is available on Jan. 25-27, 2019. To get access, players must pre-order Anthem, be an EA Access subscriber, or an Origin Access subscriber. You will also get an exclusive item from the VIP Demo.

Check Out VIP Demo Trailer Below:

The Open Demo will be available for everyone on Feb. 1-3, 2019. Players can download and play Anthem on Playstation 4, XBox One, and Origin for PC.

During E3 last July 2018, EA showcased a full gameplay demo that delved deeper into the Anthem game. Here they showed off the different Javelins, the look of the Anthem world, and more!

Check Out Full Gameplay Demo Below:

In June 2017, EA launched an official teaser and gameplay video of Anthem. Players were given a sneak peek on what's to come when they step into the world of Anthem.

Check Out Official Gameplay Reveal Below:

Check Out Official Teaser Trailer Below: