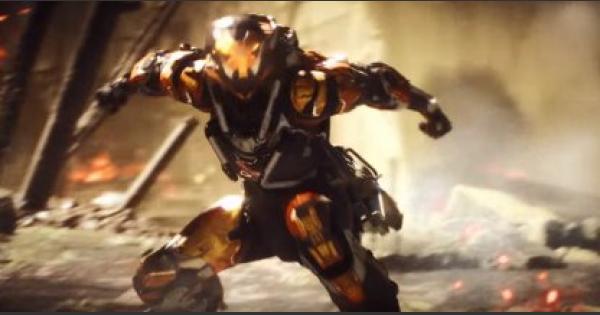 Read this guide for information on the Ranger Javelin. Find out more about its stats, gear & abilities.

How To Play As RANGER

Use RANGER to Get The Hang of The Game

Suit Up With the RANGER for Single-Target Engagement

The RANGER is best used to focus fire damage on bosses and enemies. Pick your enemies off one by one to build up your ultimate ability gauge.

RANGER's Multi-Target Missile Battery ultimate ability dishes out a volley of missiles to take out multiple enemies at once. This is best used to deal with mob enemies, and enable you to focus fire on bosses.

The MULTI-TARGET MISSILE BATTERY allows you to lock-on to multiple targets at once, and deal massive damage to each target.

Activate To Clear Mobs and Focus on Bosses

This ultimate comes in handy for boss fights since it helps clear off mob enemies, and allow you and your team to focus fire on the boss.

The RANGER Javelin's ability loadout can be customized with three unique pieces of gear: a choice of two Assault gear, and one Support gear.

The RANGER comes with a Shock Mace, a hand-held electricity-based weapon to electrify enemies.

Piloted by both Freelancers and Sentinels, this iconic suit's versatility is what makes it deadly.With strong offensive capabilities, respectable defense, and something in its arsenal for every situation, the Ranger is the jack-of-all-trades your squad needs.