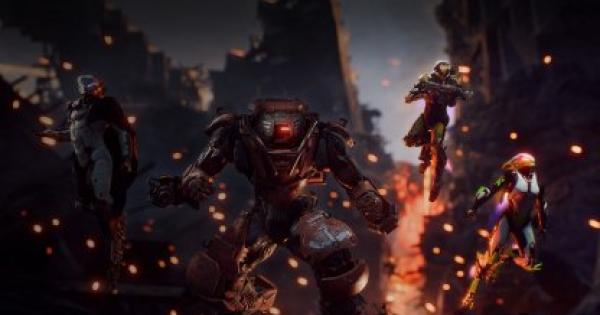 Anthem released a pre-launch demo that gave players a sneak peek of the game. Read this Anthem guide to know more about the demo, what Freelancers could do, and more about The Storm event!

What Happened During The Demo?

Freelancers Started Out At Fort Tarsis

Players who were able to access the Anthem demo start the game by visiting Fort Tarsis. This area serves as the main headquarters of the Freelancers - where you can also create & customize your Javelins.

Players were also able to create & personalize their Javelin Exosuits. You can choose from 4 different types - Ranger, Interceptor, Colossus, and Storm. You initially start out with one type but can unlock others through level progression.

After creating a Javelin, players are set free into the world of Anthem. They can choose to go on expeditions that will have you discovering the secrets of shaper relics, Freeplay , or into dungeon-type areas called Strongholds.

For those who prefer to have no strings attached, Freeplay will allow player to fly through the available areas and explore them on their own. They're free to interact with available area missions on the fly.

Took A Look At Dungeon-Type Strongholds

Strongholds in Anthem are high-level areas that function like dungeons. These need 4 Freelancers working together to complete the objectives and clear the Stronghold.

At the tail end of the demo, a great "The Storm" event happened in-game. Players reported seeing a massive firestorm off in the distance, making the sky dark & throwing debris around its wake.

It's not just the sky. BIG things are happening in the world.

About The Anthem Demo

The demo provided players with a sneak preview of what's to come in Anthem's full game. Players were able to create their own Javelins, explore areas, and fight enemies with the demo.