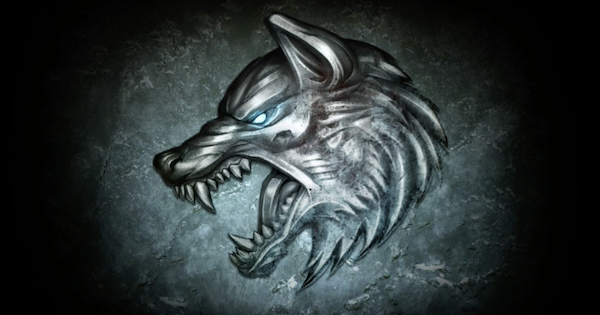 Checkout our review on WARHAMMER 40,000: SPACE WOLF, a card driven turn-base tactical game developed by HeroCraft. Include info on how to play, features, guides, and more!

WARHAMMER 40,000: SPACE WOLF is a mix of two highly strategic game genre; a well though-out card game & tactical role-playing game. Plan your strategy, build your original deck with weapons and abilities, and take command of the Space Wolves and battle against the tribes of ruthless barbarians. A must have game who those who loves to test their wit with deep strategic battle system and infinity combination of cards.

Check Out The Preview Of WARHAMMER 40,000: SPACE WOLF From Here

The difficulty of this game is slightly higher than other tactical games and the player requires lot of thinking to survive and defeat all the enemies. If you try to force forward without a strategy, you will soon be surrounded by the enemies. Plan your strategy, construct best deck, and command your Space Wolves appropriately in the battle field is the key to success.

In your turn, you can either move your character or use your weapon card or ability card. Each character can only make 2 actions per turn.

There Are 3 Types Of Cards

There are 3 types of card; Move, Use, and Equip. Remember, you can only use your 2 cards in your turn.

One of the satisfying moment in this game is to read the opponent's mind and counter. When you equip a weapon and the enemy gets into your shooting range, your character automatically attacks on enemies turn. This attack is called Overwatch. By using Overwatch effectively, you can defeat enemies without giving them chance to attack you.

Some card has "chain" icon on their description. When you have the card with chain icon in your hand and fulfill the condition which is written on the chain icon, that card automatically plays. This bonus is called Chain Effect. The Chain Effect gives your stats boost so use it effectively.

There is a number on the right upper corner of every card. This number is called Effort Point. When you use a card, your effort point increases. If you have less effort points than your enemy, your turn will come faster than your enemy.

Another exciting feature of this game is to collect cards and building a stronger deck. You can easily spend tons of time thinking about which card to include in your deck to execute your planned strategy.

There is also lootbox feature to get rare cards. What's awesome about this lootbox is that you can use lootbox with the in-game currency. So you don't need to spend real money to use lootbox.

There are 5 different rarities; Common, Uncommon, Rare, Epic, and Legendary. Higher the rarity, the stronger.

There are 3 classes (Scout, Power Armor, and Terminator) and you can construct deck for each class. Each class is different by which card they can include in the deck. For example, Scout can use sniper rifle whereas Terminator and Power Armor can't.

Each Weapon Have Different Stats

Each Weapon Card have different attack point, fire range, accuracy, and effect. Some weapon cards can attack all enemies within your fire range.

Be Sure To Add Same Category Weapon For Reload

WARHAMMER 40,000: SPACE WOLF is highly strategic tactical combat game with relatively high difficulty. This right level of difficulty creates a room for the player to think deeply on which card to include in your deck and what move to play in your turn. A sloppy gameplay will suddenly get you surrounded by the spawning enemies and be riddled with shots. However, if you read enemy's mind and killed them with Overwatch, it is very satisfying!

There are nearly infinity combinations of cards and game balance is nicely design so you can enjoy the variety of strategies. If you like strategic game, I would highly recommend this game!

Check Out The Preview Of WARHAMMER 40,000: SPACE WOLF From Here