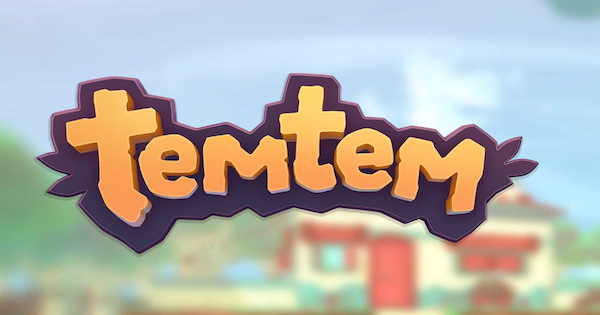 Check out our review on Temtem, a new Pokemon-inspired RPG developed by Crema Games. Learn about its unique revamped combat, challenging difficulty, and excellent world-building!

The brand-new MMORPG Temtem is now in early access, and we had an opportunity to check it out. Read on for our take on the new Pokemon-inspired Monster Catching RPG where you can explore and learn about an elaborate new world, befriend various new monsters, and go on a journey alongside thousands of other players in real time!

Check Out Our Preview Of Temtem Here

The game starts out in an altogether familiar fashion: you have to choose one of three possible starters to be your travel partner! Being given a choice between types whose weaknesses and strengths you don't know very well is an incredibly stimulating experience. The feeling of the unknown that accompanies Temtem starts from the very beginning! (We recommend Crystle, by the way!)

Explore A World Brimming With Personality

One thing you will notice right off the bat is that Temtem's world feels real and lived-in. Even by the time you reach the second town, you feel a massive sense of wonder, as every NPC you talk to has an actual personality! NPCs won't simply give you off-hand generic responses - they'll teach you about the rich world of the Six Island Archipelagos, and ask you questions!

For those of you who long for a degree of difficulty in your adventures - Temtem is the game for you. It forces you to think about the decisions you make carefully, and pits you against foes several levels higher than you! Also, there is no baked-in experience share!

Temtem's combat system does indeed have similarities to Pokemon, but it also adds the new combat element of Stamina. Think of Stamina like Mana in other rpgs: it is required to use a move, and if you run out, you can no longer attack until it recovers!

The main ways of recovering Stamina are by using items, or by taking a turn to rest. Why is this interesting? Simple: It encourages switching out and using your entire team! You'll find yourself swapping Tems out quite regularly!

No Temtem Left Behind

All battles in Temtem are double battles, which makes for a much more enticing battle experience as you have to consider swapping out, stamina limitations, AoE moves, and more. Additionally, it simply gives you a chance to use more of your monsters!

A Promising Work In Progress

Just as you would expect from an MMO, Temtem comes with plentiful character customization options! Players who enjoy spending time to create an ideal avatar will certainly be overjoyed here.

As it stands, Temtem is entirely worth playing purely as a single-player RPG, but there are also multiplayer elements, such as battling or trading with other players and co-operating with them in teams to take on monsters! Seeing other players walk around with powerful Temtem you've never seen before also motivates you to catch rare monsters too!

It hasn't been all sunshine and roses in the world of Temtem: Given that the game is still in Early Access, and that the MMO Genre is notorious for having rough launches, there are intermittent lag issues that accompany playing this game. However, thanks to prompt developer response, fixes are being patched in regularly!

Temtem is the next step forward for the monster-collecting RPG genre. It is an ambitious, innovative, challenging, and fundamentally fun experience which you can share with players all over the world.

Check Out Our Preview Of Temtem Here