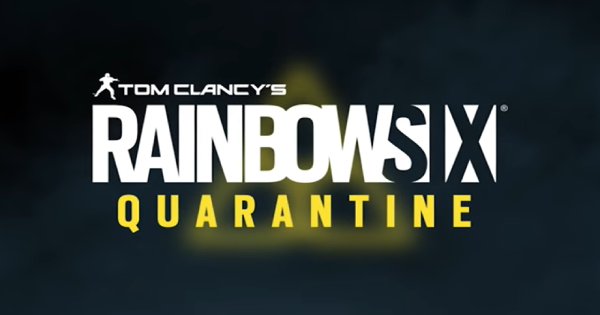 Check out the preview of Tom Clancy's Rainbow Six Quarantine releasing on PC, PS4, Xbox. Include info on its latest news, when it comes out, gameplay details, pre-orders.

Check out more detailed info from below!

Tom Clancy's Rainbow Six: Quarantine is the latest installment in the Tom Clancy franchise. Not much has been revealed about this game yet, but it seems to be some type of shooter with some cooperative elements elements.

Players will be able to sign up at the game's official site to receive updates regarding the game. Players who opt to sign up may also potentially get the chance to play the game earlier than the official release!

NOTE: This section is based on assumptions made from the teaser trailer released for the game. These details may change as more information is confirmed.

Players may be facing off against infected enemies, in the form of undead enemies or something similar. The teaser trailer indirectly showed this by making the shadows seen in the trailer produce guttural snarls and growls—something that would most likely come from an undead zombie.

You May Be Infected

The trailer was also shown in the POV of one of the soldiers. As you can see, a type of infection was shown spreading throughout the character's arm. However, the wristwatch looking device seems to stop the symptoms of the infection.

The trailer also showed members of the character's squad locating and assisting them. This may either be other players in the game, or NPCs that will assist you throughout the game's narrative.

As of the time of writing, no other information has been posted about the game on the official site. Check back soon for more details regarding the game!

© 2019 Ubisoft Entertainment. All Rights Reserved. Tom Clancy’s, Rainbow Six, The Soldier Icon, Ubisoft and the Ubisoft logo are registered or unregistered trademarks of Ubisoft Entertainment in the U.S. and/or other countries. The “PS” Family logo is a registered trademark and “PS4” is a trademark of Sony Computer Entertainment Inc. Software platform logo (TM and ©) EMA 2006.
Trademarks are the property of their respective owners. Its licensors have not otherwise endorsed this site and are not responsible for the operation of or content on this site.
▶Tom Clancy's Rainbow Six Quarantine - Official Page